Nick Carter and his wife Lauren Kitt are expecting their third child together.

The Backstreet Boys star, 40, and his wife, who are parents to Odin, four, and Saoirse, 15 months, have confirmed the news after suffering multiple miscarriages.

Writer and actress Lauren, 37, told PEOPLE: “I was totally determined to have two children and had prepared for it and made arrangements for it.

Nick Carter and his wife expecting their third child: Couple reveal ‘surprise’ when they discover Lauren was more than five months pregnant after believing her bump was a tumor (pictured while pregnant with daughter Saoirse) 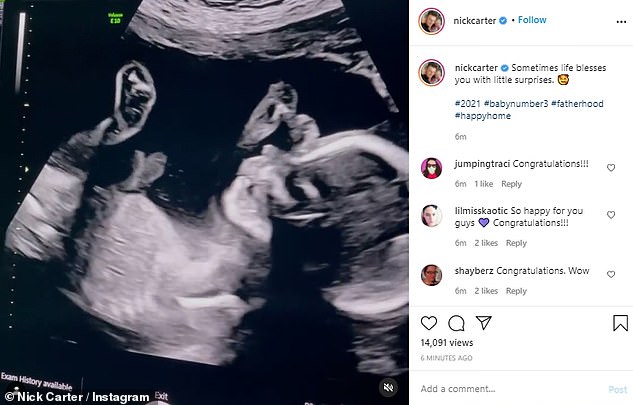 “Sometimes life blesses you with surprises”: he happily shared this baby scan on Instagram on Wednesday, announcing the happy news

“We were going to have two children and it was a surprise. I didn’t know I was pregnant until I was about five and a half months pregnant.

“I had no symptoms, I had nothing to indicate that I was pregnant. One day I just felt something move in my body and I said, “Nick, there is something wrong. I think I have to go to the doctor. Something is wrong with me. ”

Lauren said she was not supposed to be able to have more children due to her medical history of miscarriages and that she was worried about having a tumor.

She was concerned that she would be seriously ill rather than pregnant and revealed that they were considering surrogacy. 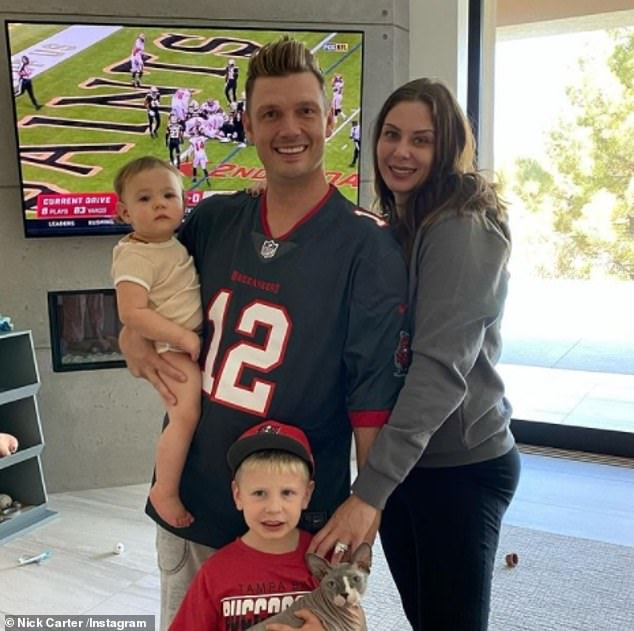 Nice surprise: the former Backstreet Boys and his wife, who are the parents of Odin, four, and Saoirse, 15 months, did not expect to have a third child

The couple said they saw their news as a “blessing”, especially after 2020 has been such a difficult year for everyone.

The couple welcomed their second child in October 2019 and Nick had taken a cute photo of the delivery room with a touching caption.

The image captured a tender moment with Nick’s family leaning down to kiss his wife’s head as she cradled their newborn baby who had just given birth.

He wrote, “To my incredibly strong wife… For 2 years I watched you endure some of the hardest things a husband can witness. 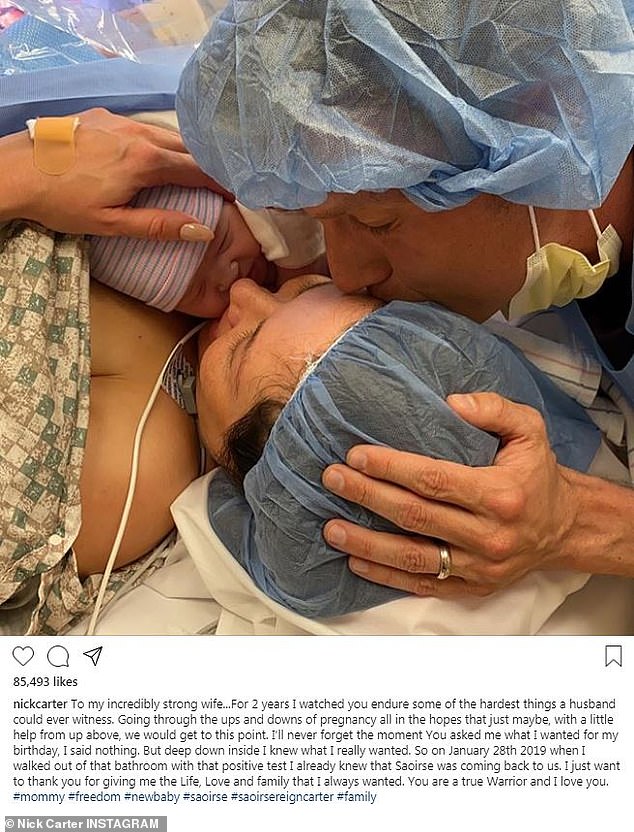 Precious: Nick shared a cute photo of his wife and daughter Saoirse’s delivery room in October 2019 – the couple had previously had miscarriages

“Getting through the ups and downs of pregnancy in the hope that maybe, with a little help from above, we would get to this point.

“I’ll never forget the moment you asked me what I wanted for my birthday, I didn’t say anything.” But deep down, I knew what I really wanted.

“So on January 28, 2019, when I walked out of that bathroom with this positive test, I already knew Saoirse was coming back to us. “

He continued, “I just want to thank you for giving me the life, love and family that I always wanted. You are a true warrior and I love you.

The couple married in 2015 after a two-year engagement. 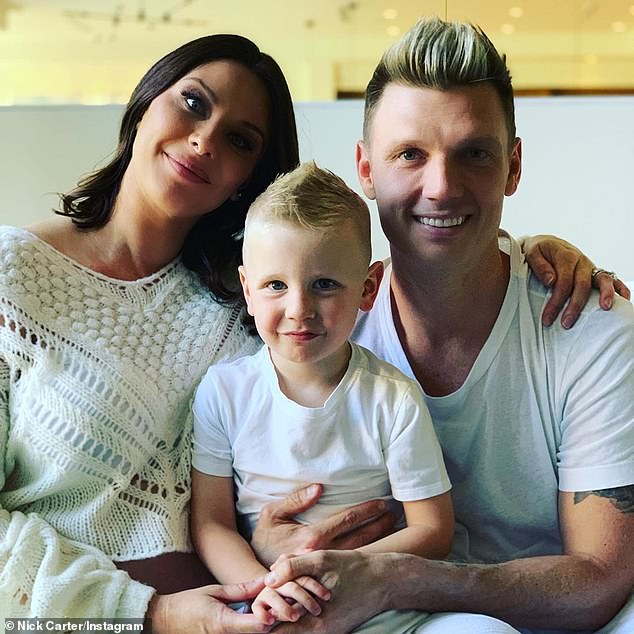 Strong family: The couple married in 2015 after two years of engagement. Here they are seen with their three year old son, Odin

In April 2019, Nick announced that Lauren was pregnant with their second child.

He took to social media to share a cute photo of him holding his wife as their son touched his mother’s belly.

“Thank you my God for giving us the greatest gift we could ever ask for. pregnant happiness family, ‘he said at the time.

Eight months before this pregnancy, Kitt had miscarried. The loss hit Nick hard.

“God gives us peace during this time. I was really looking forward to meeting her after 3 months. I’m heartbroken, he said.

“I don’t think I can play tonight. I’m sorry Lima, ”he added.

His wife also shared her pain by sharing a photo of her ultrasound.

“As a woman I am supposed to create life and not to do so seems a failure to me as a human,” she said.

“I accept circumstances beyond our control and I am past my losses. Days like today remind me of how lucky I am to have a healthy child and how bad BADASS women are, how hard we endure with a smile on our face.

“If you are struggling to raise a family or have had a loss this position is for you, you are not alone and there is always hope. Fortunately, I have access to great doctors and healthcare professionals, but unfortunately many women don’t.

She also had a loss before welcoming Odin.

“It was really hard for Nick to watch him get so excited about something and then see him so hurt,” she said. 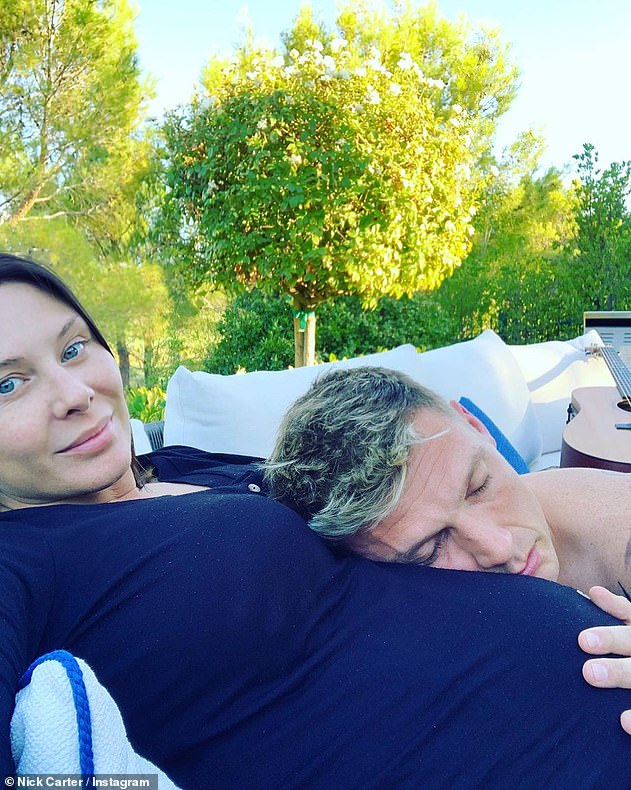 Lean on me: Nick closed his eyes as he put a hand on his wife’s baby bump as she waited for Saiorse

No, Amber Heard was not fired from Aquaman 2

Lady Gaga’s dog walker just opened up about being shot

World report: France “could lose control of Covid-19 at any time” | World news