While the first outbreak was declared on November 10, additional measures beyond the standard response to the outbreak were not announced until November 27.

By that time, the outbreak had already spread to five other wards and involved at least 61 cases.

“I can tell you that we gave advice to the LHSC on this November 22, November 26 – we gave a lot of documented advice so it’s not like nothing is happening in the meantime,” Mackie said on Let’s Talk London with Jess Brady Wednesday.

“But absolutely, it would have been really helpful to understand the magnitude of this earlier so that we could take more definitive action. ”

Mackie said he was “very satisfied” with the measures that are now in place. He said the health unit “is working with the LHSC to make sure they continue to be in place. And if the staff are able to keep up with them, I think we will definitely see a corner turn of this outbreak.

On November 27, the LHSC announced it was postponing elective and elective surgeries and procedures, along with several other measures that appear similar to recommendations made by the health unit three days earlier.

The measures included masking all adult patients, screening for COVID-19 for all patients admitted to hospital, and limiting the movement of staff and doctors between units and hospitals.

The LHSC also introduced visitor restrictions on November 27, implemented under a directive from the MLHU. The restrictions have prevented all patient visits to the teaching hospital during the current outbreak, except in cases where patients are “actively dying.”

Previously, one designated care partner per adult patient could visit daily for up to three hours.

“For the most part, people visiting patients in the hospital, it’s not like 15, 20 years ago when it was really a visit, dropping magazines,” said LHSC chief medical officer , Dr Adam Dukelow. London Live with Mike Stubbs.

“It’s actually the people who help care for the hospital patients, the person who is in the hospital, both physically and emotionally. We do not take things lightly when it comes to preventing visitors and primarily caregivers from entering the facility.

Dukelow told Global News that with regard to the measures “put in place in the last four or five days, the wish is that we could have done it sooner”.

“But at the same time, we responded that way as soon as the signal suggested we had to,” he explained.

Dukelow said there was a key window “where we went from a few cases to a number of cases” and that’s when the LHSC realized “it’s more than, sort of. so, your “normal” outbreak. ”

“We are actively reviewing it. The first that our team, at least to my knowledge, our team had heard was even a rumor was earlier on Monday, ”he said.

“As soon as we were alerted to this (our team) started a line of investigation. Likewise, our colleagues in the health unit are also investigating this issue, but we have no further information to confirm that there was at some point a potluck that is believed to be linked to the outbreak, but we are actively investigating.

When asked for comment, Mackie said he understood the investigation at UH was ongoing.

“We certainly don’t have anything definitive,” Mackie said, “but if this was a situation where potlucks, house parties, or other social gatherings were helping the spread, it would help explain what we’re doing. let’s see. 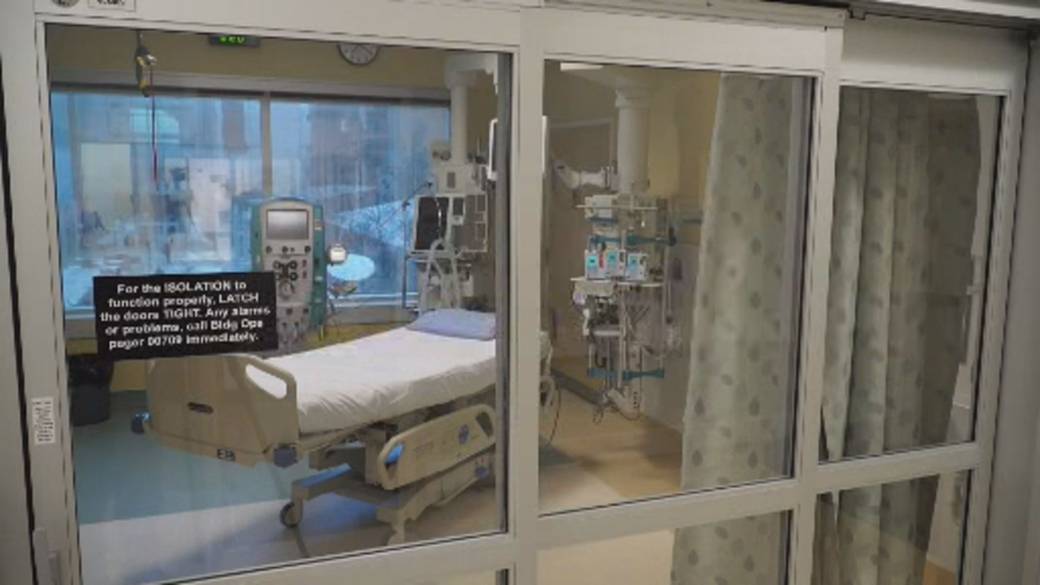 Dukelow previously said on Monday that a potential factor in the extent of the virus’s spread within the hospital could be that staff may not always work in the same units, so pre-symptomatic or asymptomatic staff could have a floor change one day, then another floor the next day.

“We even know that those who become symptomatic have been asymptomatic for a few days. So I am 100% convinced that no member of our staff or team was working while he was sick, ”Dukelow added on Wednesday.

“However, when you have been battling this virus and have been wearing a lot of PPE for many, many months now, there is no doubt that fatigue can play a role. And being in the hospital for 12, sometimes 16, 20 or more hours at a time, there can be slippages. ”

According to the most recent figures from the LHSC, 54 patients and 41 staff and healthcare providers have tested positive for COVID-19 in connection with the outbreaks.

However, the Middlesex-London Health Unit said 47 staff and healthcare workers and 50 patients are linked to the outbreaks.

The two had confirmed nine deaths associated with the outbreaks as of early Wednesday afternoon, although Mackie told Global News hours later that the outbreak had “crossed the 100 case threshold” and that “we had a new one. deaths today, so the total is now ten. ”

MLHU also reported that in addition to patient and staff cases linked to the outbreaks, there are “a number of additional cases linked in the community.”

Although the health unit did not provide a firm update on Wednesday on the number of cases outside of patients and staff linked to the outbreak, Mackie said on Monday that at the time at least 11 cases secondary and one tertiary case were linked to epidemics. .

‘Learn from our history’: How a birthday in British Columbia became a COVID-19 super-spread event

In a statement Wednesday, Mayor Ed Holder expressed his “most sincere and sincere sympathies to family and friends” of those who have died in connection with the outbreak, on behalf of all residents of London.

“We honor the lives of your loved ones and pray that their memories will bring you peace, comfort and strength during this time of great pain,” he said.

“Like many Londoners, I am incredibly saddened and frustrated by what has happened. The source of this outbreak is still under investigation by the London Health Sciences Center, and I am confident that the investigation will be further investigated. ”

Holder also took the opportunity to point out that “London’s health sector is made up of thousands of women and men” who have been “on the front lines every day, working extremely long hours, members of the missing family and making significant sacrifices, all in an effort to save lives and bring comfort to those who are sick.

“These people deserve our sincere thanks and admiration.”

Exclusive Details About WWE Having Talents Returning Their Cameo Accounts

Android competitor during the week of June 26, 2020

Unemployed? How To Get An Extra $ 600 A Week In Unemployment Benefits