American researchers have found evidence that the coronavirus was spreading in the American population long before it was first observed.

The first American case was confirmed on January 20.

“SARS-CoV-2 infections may have been present in the United States in December 2019, earlier than previously recognized,” the study authors said.

Recent data showed that the virus was spreading across the world before it was thought to.

Italian researchers said last month that the coronavirus was circulating in northern Italy as early as September 2019, long before the initial COVID-19 outbreak was identified in Wuhan, China.

The number of people being treated in U.S. hospitals for COVID-19 surpassed 100,000 for the first time on Wednesday, a monitor said.

“There are 100,226 people currently hospitalized with COVID-19 in the United States – the first time hospitalizations have exceeded 100,000,” the COVID Tracking Project said in a tweet.

Meanwhile, the death toll in the United States topped 2,700 in one day on Wednesday night, the highest since April, Johns Hopkins University said.

A stretcher is reloaded into an ambulance after paramedics dropped off a patient at a newly opened field hospital run by Care New England to handle an increase in COVID-19 patients in Cranston, Rhode Island on Tuesday, December 1, 2020 (AP) Photo / David Goldman)

The number of new infections in the past 24 hours was 195,121, according to the university.

The United States hopes to have vaccinated 100 million people against COVID-19 by the end of February, a senior official, who represents about 40% of the country’s adult population, said on Wednesday.

The surge is expected to start in a few weeks, when the vaccines developed by Pfizer-BioNTech and Moderna-NIH are expected to be approved.

Each of these requires two doses, the second after three weeks and four weeks, respectively.

“Between mid-December and the end of February, we will have potentially vaccinated 100 million people,” Moncef Slaoui, scientific adviser to the government program Operation Warp Speed, told reporters.

This, he continued, would cover the “at risk” population including the elderly, healthcare workers and first responders.

There will be a “sufficient” amount of vaccine to immunize three million residents of long-term care facilities in December, said the former pharmaceutical executive, who was recruited by President Donald Trump’s administration in the spring.

Give a Hanukkah gift that connects 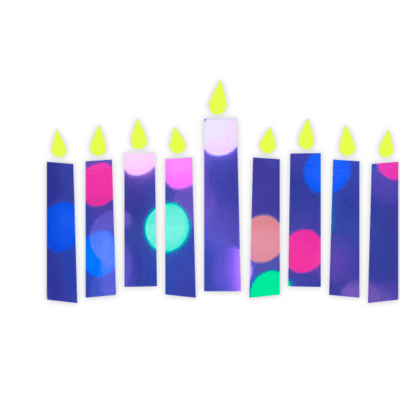 At this time when so many people are feeling isolated, here is a Hanukkah gift that connects you with those who are dear to you and Israel, the jewish people and to another.

It is not that easy to visit Israel – or, in many cases, each other – this year. So our connections through shared values, ideas and discussions are now more important than ever.

A Times of Israel Community Membership entitles your beneficiary to a full year of membership benefits, a special and reduced price.

Are you serious. We appreciate this!

We are really glad you read X Articles du Times of Israel in the past month.

That’s why we come to work every day – to give knowledgeable readers like you essential coverage of Israel and the Jewish world.

So now we have a request. Unlike other media, we haven’t set up a payment wall. But since the journalism we do is expensive, we invite readers for whom The Times of Israel has become important to help support our work by joining Times of Israel Community.

For as little as $ 6 per month, you can help support our quality journalism while benefiting from The Times of Israel WITHOUT ADVERTISING, as well as access to exclusive content available only to members of the Times of Israel community.

Coronavirus: Up to 1.3 million immigrants have left UK with ‘biggest population decline since World War II’

Covid: How worrying are the variants of the coronavirus in the UK, South Africa and Brazil?

British Coronavirus LIVE: 30% of Londoners ‘Have Ever Had Covid’ As Brazilian Variant Found

Woman, 25, fights for life after falling 100 feet from fairground ride in Australia

Coronavirus: Coming 5,000 km to die for the NHS

Coronavirus Tracking: Which Countries Could Be Next on UK Quarantine List?