The closure of the Canadian border to non-essential travel due to the COVID-19 pandemic – which continues at least until January 21 – has created confusion and questions about who can and cannot enter.
To help unravel the country’s complex border restrictions, CBC News spoke with Denis Vinette, vice-chair of the COVID-19 Border Task Force at the Canada Border Services Agency (CBSA). “It has been quite astounding,” Vinette said of how the pandemic has affected Canada’s borders. “The challenge in this has been to face – implement these [border] controls. ”

At the end of March, Canada closed its borders to visiting foreigners for non-essential reasons. Since then, more than seven million Canadians and foreigners have entered the country by land or air, according to the CBSA. This number includes several entries made by the same people.

The count is actually a drop in the bucket compared to 2019 when, often, more than seven million people entered Canada in a single month.

Vinette said truck drivers represent the largest group of people entering Canada during the pandemic, accounting for about half of the total number of entries so far.

The second largest group are people who live in border towns and have jobs across the border, he said.

The two groups are exempt of Canada’s 14-day quarantine requirement – which was designed to help stop the spread of COVID-19.

“Most trade in North America, between Canada and the United States, is by truck. He would stop “if truckers were to quarantine every time they entered,” Vinette said.

“One of the first directions[s] that we received from the government was to make sure that the trade continues to function, to prosper. ”

When it comes to nationalities, Vinette said, Canadian citizens and permanent residents are the largest group of people entering the country during the border closure. This group includes leisure travelers.

Although the federal government advises Canadians to stay at home, they can still fly to the United States and other countries that have open borders, but must be quarantined for 14 days upon their return.

“There is nothing preventing a Canadian from leaving Canada and, upon their return, they enter as of right,” said Vinette.

According to CBSA data, just over one million Canadian air passengers have entered the country since March 21.

While it may be obvious why truck drivers get a free pass, questions have been raised as to why some other travelers were granted entry into Canada and were able to bypass the quarantine requirement.

CBC News recently reported that the CEOs of two large U.S. companies – shipping giant Uline Inc. and retailer Costco – were each allowed to enter Canada and skip quarantine in August. During each of their short trips, CEOs toured the company’s operations in Ontario.

Vinette said that, in both cases, CBSA officers misinterpreted CEO travel as essential and incorrectly allowed them to enter.

Vinette said the CBSA has since clarified with its officers the types of business travel considered essential.

“In general, it is not allowed to come and visit your operations for the purpose of your annual visits,” he said. 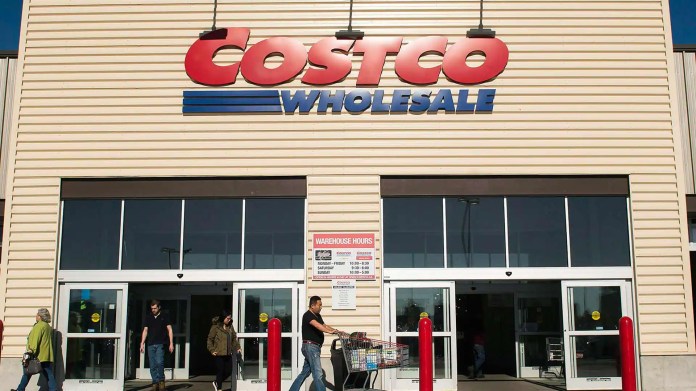 CBC News has learned that executives at Costco in the United States, including the CEO, were exempted from Canada’s quarantine rules by border officers in August, which the Canada Border Services Agency now considers a mistake. . The exemption came on the same day that another group of U.S. leaders received an exemption. 2:03

At the end of July, the CBSA also tightened the rules for Americans crossing Canada into Alaska.

Since the beginning of the border closure, Americans have been allowed to cross Canada directly into Alaska for non-discretionary reasons, such as work or returning home. By the summer, it became clear that some were breaking the rules by going off the road for leisure trips while hiking.

“We had cases where people entered Quebec, transiting to Alaska from the east coast, and they spent more than two weeks in Canada,” said Vinette.

In response, the CBSA is now indicating at which border crossings drivers bound for Alaska can enter and on what date they must leave Canada.

“Anyone who has taken more time will be scrutinized and may even be denied entry into Canada in the future,” Vinette said.

Although millions of travelers entered Canada during the border closure, the CBSA also denied entry to 28,612 foreigners (mostly tourists.

More than 4,000 of them have been denied entry in the past two months, despite months of CBSA reporting and warnings about the Canada-US border closure.

“Some are arriving unknowingly, not understanding or not having… captured one of our media, ‘Now is not the time to travel,'” Vinette said.

During the first six months of the pandemic, CBSA officers also had to turn away many people who attempted to visit loved ones in Canada, including their partners. Although Canada started allowing foreigners with immediate families to enter in September, many unmarried couples were not eligible.

“It was heartbreaking because you had people coming to the border, wanting to get together, not having been with partners for long periods of time,” Vinette said.

Canada further eased its travel restrictions on October 8, allowing some extended families and couples who have been out for at least a year to reunite – once they get the government’s prior approval.

“He certainly did [a border officer’s] much easier job, ”Vinette said.

Testing for Covid-19 is still important, but the numbers are dropping

Charlie LeDuff on prosecution of Whitmer for information on number of COVID nursing home deaths: “I’ve been asking for months”

Verification of the Republican critical facts of the Covid-relief package

Some pharmacies in Toronto, Kingston and Windsor areas will soon be offering COVID-19 vaccines

Coronavirus Texas: Houston nurses and doctors look back on COVID-19 a year later

In pictures: migrants try to cross from France to England