The UK coronavirus death toll rose by 168 – the highest jump on a Sunday since late May – as nearly 25,000 more people tested positive. There have now been 51,934 deaths in all settings within 28 days of a positive test, the fifth highest toll in the world. However, the number of deaths mentioning Covid-19 on the death certificate is over 67,000.

The daily increase of 168 is the highest on a Sunday since 379 deaths were announced on May 24, as the UK emerged from its initial pandemic peak.

Sunday and Monday totals are typically lower due to a reporting lag on weekends, resulting in a peak on Tuesday.

Have you been affected by coronavirus? Send your story to [email protected]

Previously, 157 hospital deaths had been confirmed – 132 in England, 16 in Wales and nine in Northern Ireland. Scotland has not reported any new deaths.

Meanwhile, one of the scientists behind the first Covid-19 vaccine to complete interim clinical trials said the impact of the jab will begin next summer and normalcy should return next winter.

Professor Ugur Sahin, CEO of BioNTech, said it was “absolutely essential” to have a high vaccination rate before the fall of next year to ensure a return to normal life next winter.

He acknowledged that the next few months will be “tough” and that promising preliminary results on the vaccine, created in partnership with Pfizer, will not impact the number of infections in the current wave.

Intermediate results of the jab were found to be over 90% effective, the two companies announced last week, but additional data on safety and effectiveness continues to be collected.

“If everything continues to go well, we will start delivering the vaccine at the end of this year, starting next year,” Prof Sahin told the BBC’s Andrew Marr Show.

“Our goal is to deliver more than 300 million doses of vaccine until April next year, which may already allow us to start making an impact.

“The biggest impact will be until the summer, the summer will help us anyway because the infection rate will decrease in the summer. ”

The head of the Bureau of National Statistics told Sky News’ Sophy Ridge On Sunday: “The good news is – yes – we are seeing a slowdown in the rate of growth. 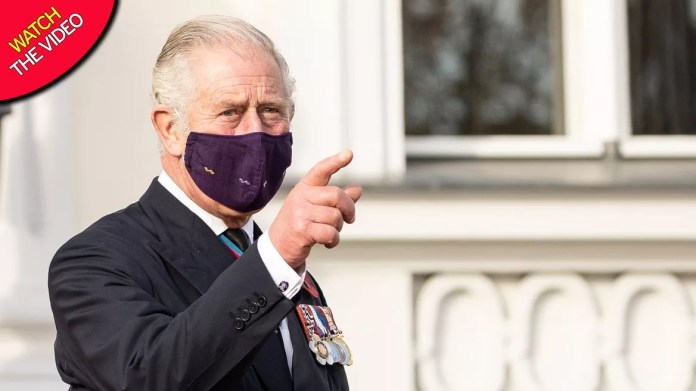 “This means that we continue to increase and we are now in England at 1.25 per 1,000. It means that one in 85 people in England, we believe, has the virus.

“So yes, we keep increasing the numbers, but the growth rate is slowing. ”

Still, cases had increased in the East Midlands, West Midlands and South East last week, while flattening out in the North West, North East and Yorkshire.

Sir Ian said he expected infections to continue to rise during the initial period of restrictions because “these are infections that people would have caught before the restrictions started”.

“We entered this new period of restrictions not long ago,” said the British national statistician.

“What you would expect to see in the initial period of restrictions is a continuous increase, simply because these are infections that people would have caught before the restrictions started.

“We will be working tirelessly over the next two weeks to monitor how the restrictions are functioning and their impact on the pandemic.

“And towards the end of the restrictions, to provide all the best data possible to the government to help ministers in what will clearly be a very different decision. “

USPS and coronavirus: an obvious stimulation idea is to electrify postal trucks

Six confirmed cases of COVID-19 in employees of the Kelowna General Hospital | ...

A tribute to the starry Prince celebrates his legendary music