This incredible CCTV video shows a car speeding through a roundabout and flying over a hundred feet in the air and crashing into the wall of a chapel in South Africa.

The hapless pilot hovered fifteen feet in the air before colliding with a shower of sparks in the historic school chapel at St Andrew’s College.

A street camera captured the dramatic moment in what could be a scene straight out of the Hollywood hit movie series Fast & Furious in Grahamstown in the Eastern Cape.

Early reports indicated the car was being driven by a soldier on leave when it took off onto the roundabout which was rushed to A&E Hospital seriously injured but still conscious. 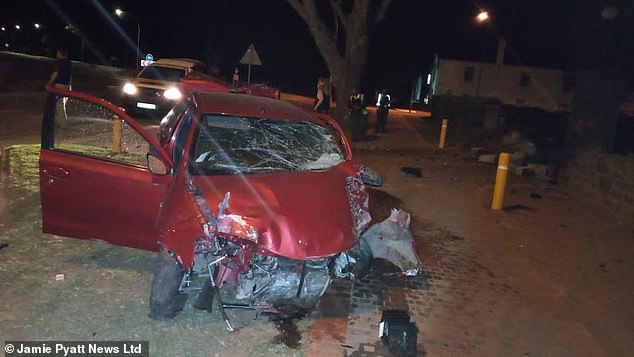 South African Police Service spokesperson Captain Mali Govender said: “The driver was bleeding a lot and details are still incomplete, but we are studying the CCTV camera film.

“It appears that the driver lost control at a roundabout and hit the border wall of the school chapel, which prevented the car from entering the chapel itself.”

A first responder at the scene said: “After seeing the CCTV it would appear that the driver clearly did not see that there was a circle and hit him at high speed and he acted as a ramp. lift-off.

“The car took off like a stunt from a James Bond movie, but luckily for the driver, the car flew straight, then crashed into a solid brick wall.

“The driver was in bad shape and needed to be seriously stabilized at the scene before being taken to hospital and the car I suspect will go straight into the crushing yard. 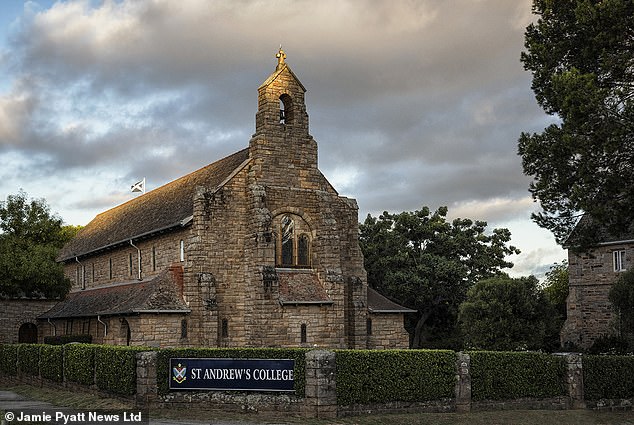 The car crashed into the border wall of St Andrew’s School Chapel in Grahamstown, Eastern Cape

“It is clear that speed was involved and the driver did not spot a well-lit roundabout with numerous warning signs on the approach indicating that there was a roundabout.

“It’s happy that the driver survived and that it happened late at night and not during the day because the area where he crashed is part of a school and would have been very busy. “

The 500-student Anglican Boarding School was founded in 1855 by the first Bishop of Grahamstown, the Right Reverend John Armstrong, and the chapel was completed in 1913.

The £ 11,000 per year school is dedicated to England’s patron saint, St Andrew.

The former striker of Coventry City and Leamington released by his...

Have there been any delays in the first week after Brexit?

Improve Bernal while waiting for his moment on the Tour de...

Nikola Founder Begs Investors To Use Or Lose Warrants