Fans go wild during season four of Netflix drama The Crown, as Princess Diana (played by actress Emma Corrin) is finally introduced to the cast.

The streaming platform has now posted a special YouTube video titled Beneath The Crown: The True Story of Charles & Diana’s Australia Tour, which includes archival footage from the royal couple’s official visit to Down Under in 1983.

The 10-minute clip not only provides the context for the tour, but also showcases the remarkable efforts made to accurately recreate the events for viewers.

The Truth Behind the Drama: Netflix released archival footage from Prince Charles and Princess Diana’s Australian tour in 1983, much to the delight of The Crown fans

British radio and TV presenter Anita Rani retraces their journey with contributions from Emma Corrin and Josh O’Connor, who play Diana and Charles respectively, alongside archive footage of key moments from the tour.

The new season of the popular drama includes an episode recreating Charles and Diana’s tour of Australia and New Zealand almost four decades ago.

Images are shown of the Royal Family in the Northern Territory, in contrast to a scene from The Crown in which Uluru – also known as Ayers Rock – can be seen in the background.

Ms Rani noted that the moment Diana broke royal protocol by asking for a glass of water in the heat made her easier to understand.

Emma added: “It confuses me that anyone was surprised that there was something that she couldn’t cope with or that she struggled. “ 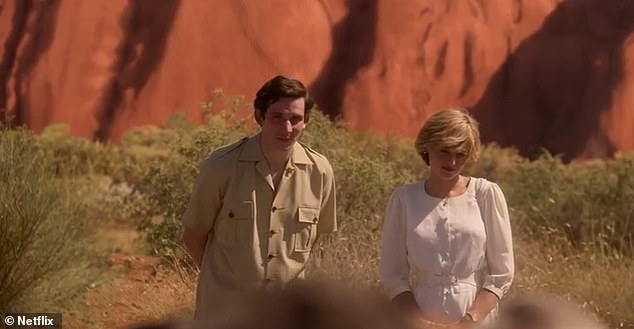 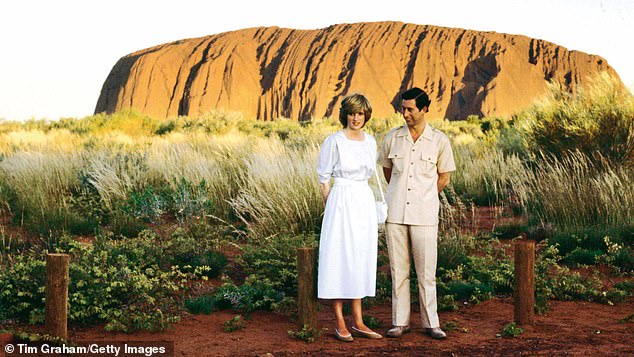 From archives: Princess Diana and Prince Charles are pictured visiting Uluru in March 1983 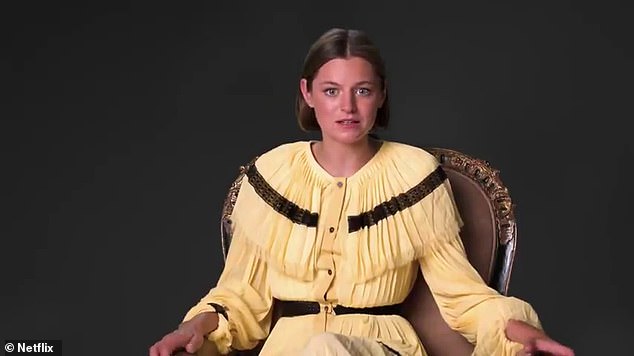 “It baffles me that anyone was surprised that there was an element that she couldn’t cope with or struggled with”: actress Emma spoke of when Princess Diana ruffled feathers in breaking royal protocol by asking for a glass of water in the heat near Uluru

The remarkable resemblance to reality was also exhibited in footage from the reunion of the royal couple, then Prime Minister Bob Hawke, on March 23, 1983.

In Tasmania, Charles paid tribute to his wife in a speech, which was included in the new season of The Crown.

Another scene shows Diana giving Prince William a plush koala bear as they venture out into the outback near Uluru. 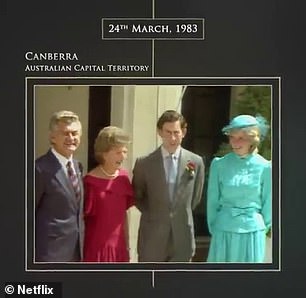 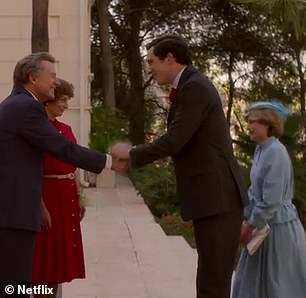 Then and Now: The remarkable resemblance to reality was also exhibited in footage from the reunion of then-royal couple Prime Minister Bob Hawke on March 23, 1983. 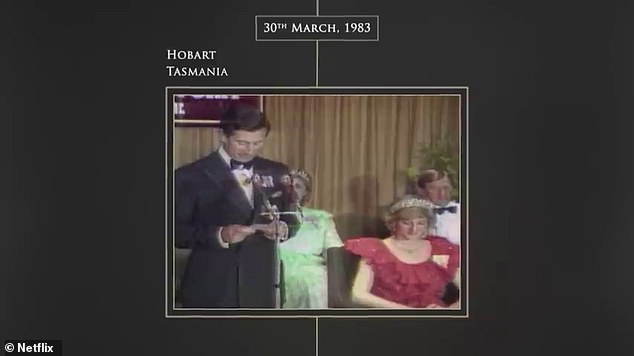 Flashback: In Tasmania, Charles paid tribute to his wife in a speech, which was included in the new season of The Crown 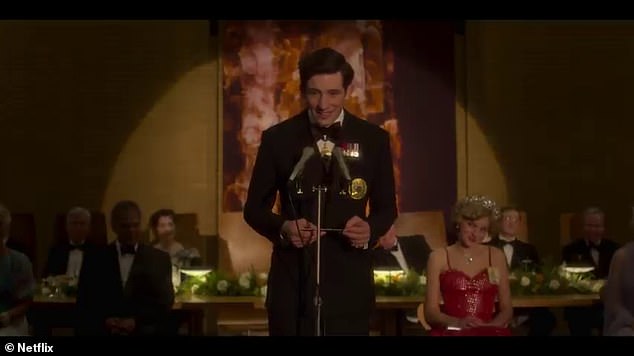 Josh says the episode featuring the tour is “such an important episode to their story. [because] it almost tells of their happiest moments and then a resurgence that occurs with Diana who becomes the love of a nation ”.

However, the cast and crew of the award-winning show did not travel to Australia to film the program.

Instead, they used various locations in Spain and incorporated digital effects to make the settings seem appropriately antipodes.

The city of Malaga was used for Sydney, while the desert near the port city of Almería served as the backdrop for their visit to Uluru. 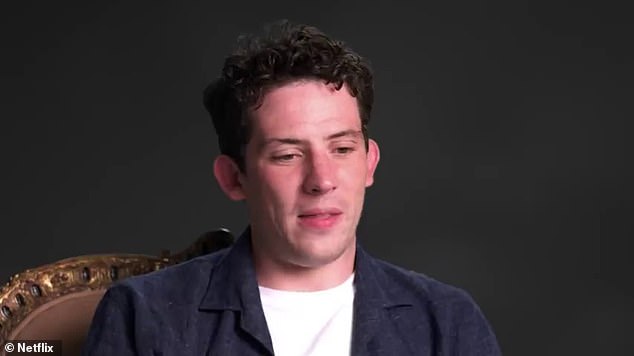 “It almost tells about their happiest times”: actor Josh O’Connor, who plays Prince Charles, says episode featuring the tour is “such an important episode in their story” 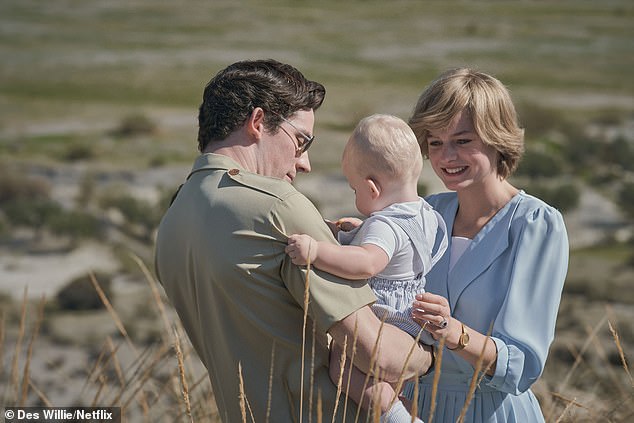 Down Under: Emma, ​​who plays the late People’s Princess, shares many scenes with Josh and a young actor who plays their firstborn, Prince William

The Netflix series, which was filmed from August 2019 to March 2020, also hired extras with Australian accents to help add to the Australian environment they have built in Spain.

The Fourth Crown Series begins as the 1970s draw to a close, with the royal family concerned with safeguarding the line of succession by securing a suitable bride for Prince Charles, who is still unmarried at 30. .

The Crown is now streaming on Netflix 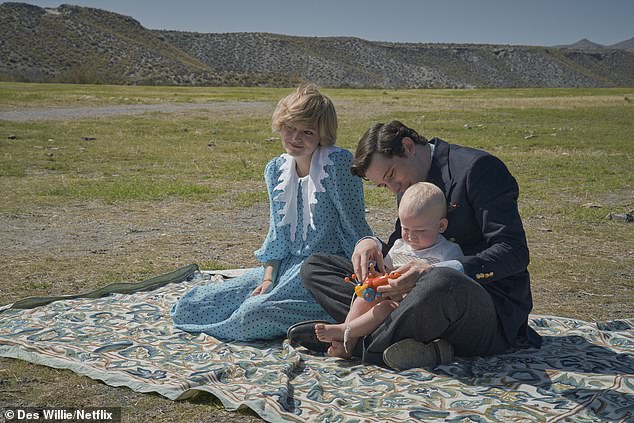 Recreating Real Life: The cast and crew of the award-winning show didn’t travel to Australia to film the episode. Instead, they used various locations in Spain and incorporated digital effects to make the settings look appropriately antipodes.

Released Now: Season 4 of The Crown premiered on Netflix on Sunday, November 15

Visitors from Canada to the United States: Please do not sneak across the border

Before the summit, France tells Britain: we will defend our fishermen