By Martin Keown for the Daily Mail

Watching Liverpool’s four-fold attack straight to Manchester City in the first half was like watching the Red Arrows.

Not everyone thought Jurgen Klopp could use Mohamed Salah, Sadio Mane, Roberto Firmino and Diogo Jota together. But the Liverpool manager arrived at the Etihad Stadium with a plan to win this game in an adventurous way.

They were relentless in the opening rally, flying forward at will, while City’s Kevin De Bruyne tried to get between the lines. 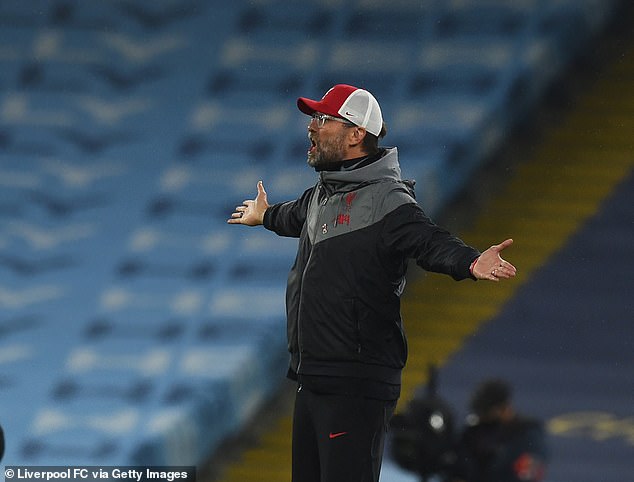 It was always going to be a problem for Liverpool. On two occasions in particular, De Bruyne found pockets and that’s when City got the ball rolling.

In the 31st minute he received the ball and fed Gabriel Jesus, who scored with that wonderful lap. Then again in the 42nd, De Bruyne had space and won a penalty, which he unfortunately missed.

In the second half, De Bruyne pressed higher, while Liverpool didn’t get as many balls in their forwards as they did before the break. 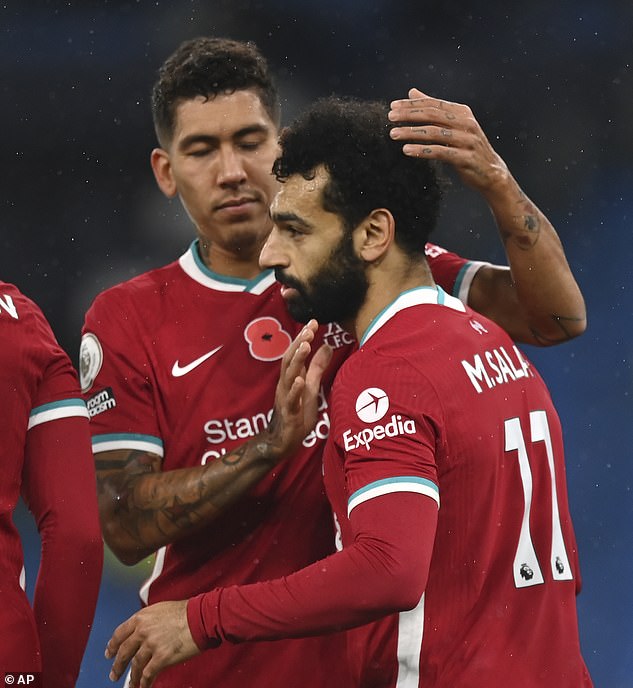 Mohammed Salah, one of the Fab Four, scored for Liverpool but City returned to draw 1-1

When in a rush you’ll normally see Virgil van Dijk react by playing sweeping diagonals, or Trent Alexander-Arnold could produce punishing forward passes. But without those two on the pitch, Liverpool started to look predictable.

Overall it was a great game played at a very high level. Of the two, the visitors left the Etihad the happier team.

City might have been able to clinch victory towards the end, but now Liverpool can spend the international break watching their rivals from above in the Premier League.

Dow Futures goes up despite ceaseless increases in Covid-Case. Here’s what the market could watch.

The NHLers who need a visa extension are “strongly encouraged” to return on 21...

Surprise otter swimming in back pool of woman from Vancouver – BC