With the daily number of COVID-19 cases in Ontario increasing this fall, those with an eye on the data may see reason for optimism in the lower death toll.In the spring, the province experienced a wave of deaths. Typically, between 20 and 60 deaths have been reported per day. By mid-May, nearly 2,000 Ontarians had died. Since cases started to rise again in September, the daily number of people dying from COVID-19 has been significantly lower in comparison, varying between one and 10 per day.

“There is a clear trend for improvement, but with a caveat,” Dr. Nathan Stall, geriatrician at Sinai Health in Toronto, told CBC News. “We haven’t seen where this trend will end up. ”

Health officials in Ontario are also raising concerns, pointing to a recent increase in deaths in long-term care homes despite an overall projection of a slowdown in the growth of new coronavirus cases.

While it’s too early to say what the impact of the second wave will ultimately be, Stall said, he and other experts have theories as to what’s behind the fall data at this point. – and what could happen next.

At the start of the pandemic, hospitals were “ignored,” said Dr Amol Verma, a physician and scientist at St. Michael’s Hospital in Toronto. “There was a lot of chaos. ”

In eight months, Verma said, he and his colleagues learned to detect the virus earlier and treat it more effectively.

Over the summer, steroids emerged as a successful treatment, he said. Patients with COVID-19 are also more likely to get supplemental oxygen sooner, which may have a “life saving benefit,” he said.

“Someone who gets COVID-19 today is more likely to survive and have a better outcome than someone who contracted COVID-19 in the spring. “

The segments of the population that are contracting the virus right now may be even more important to the lower death toll, Verma said.

In the most recent provincial data, as of Thursday, more than half of new cases were in people under the age of 40 – continuing a trend seen for several months.

“It is now infecting younger and healthier people,” he said. “And we are testing more than in the spring. ”

Raywat Deonandan, epidemiologist and associate professor at the University of Ottawa, agrees these are critical factors.

WATCH | Fewer people die in Wave 2, but it might not last, experts warn: 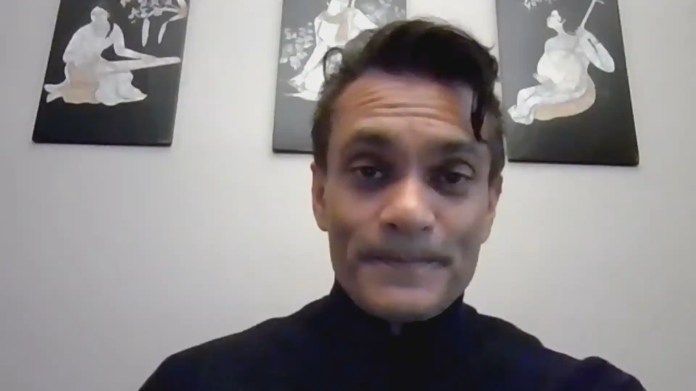 Epidemiologist Raywat Deonandan says we’re seeing a reduction in the number of COVID-19 deaths in Wave 2 because the long-term care population is better protected, but he warns that is starting to change. 0:31

But maybe that’s where the good news ends.

Deonandan said COVID-19 comes with a built-in “lag problem”, in that it takes time for the virus to develop and get worse, and then spread from younger populations to older populations.

“It may just be a matter of waiting,” he said. “Wait a few weeks and the death rates could increase. “

This is exactly the concern of Stall, the geriatrician at Sinai Health, especially when it comes to Ontario’s still vulnerable long-term care homes.

Although there have been improvements since the devastating epidemics of spring – when problems such as insufficient knowledge and lack of personal protective equipment accelerated the spread of the virus – Stall said problems such as overcrowding and understaffing continued to pose a threat.

“For long-term care, there is no way we could do worse than the first time. It’s really hard to imagine, ”he said.

The most recent figures from Ontario, released Thursday, show the risk to residents of long-term care facilities remains.

In Thursday’s update, Dr Adalsteinn Brown, who is advising the province on its response to the pandemic, said deaths in long-term care homes were on the rise.

If more people become seriously ill with the virus, doctors like Stall and Verma also warn Ontario hospitals may be less equipped to receive them than in the spring – and less able to help if nursing homes of long duration are again plunged. in crisis.

In the first wave of the virus, hospital capacity was created by postponing surgeries and other treatments. Many people have also refrained from going to hospital emergency rooms.

Now, Stall said, Ontario hospitals are back to operating at 80 to 100 percent capacity, and surgeries have resumed. The upcoming flu season could increase blood pressure even more, doctors warn.

“The system has to eat up all of these cases at some point,” he said. “I don’t know a lot of people who declare victory. And I would be very careful to do so. “

Thousands rally in Russia for day 8 of anti-Putin protests