The legendary KISS singer and bassist decided to pick up and move his family to Washington state, citing high property taxes in California as a motivator.

As a result, he listed his 16,000-square-foot Beverly Hills mansion, which includes seven bedrooms, for $ 22 million.

Up for grabs: Gene Simmons put his Beverly Hills mansion up for sale for $ 22 million 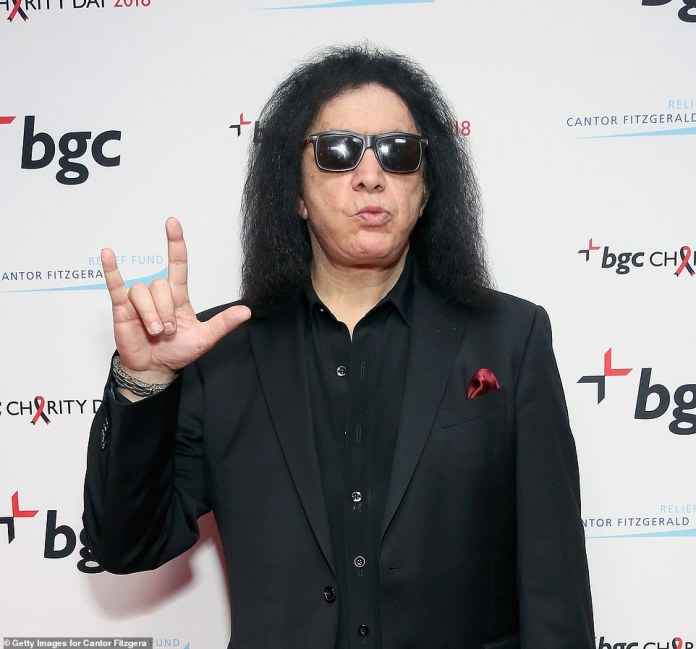 Major investment: Legendary KISS singer and bassist bought the property as a small ranch in 1984 for $ 1.35 million

When Simmons, 71, first bought the property in 1984 for $ 1.35 million, it was a ranch house on a hill in Los Angeles’ Benedict Canyon neighborhood, according to The Wall Street Journal.

But over the years, he and his wife, former Playboy Playmate Shannon Tweed, have redeveloped it into a sprawling European-style mansion that sits on two acres of land. 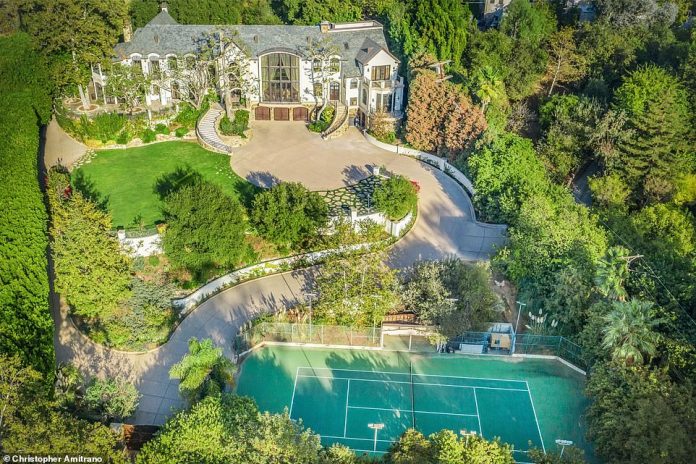 Sprawling: the house has seven bedrooms, room for 35 cars and a tennis court 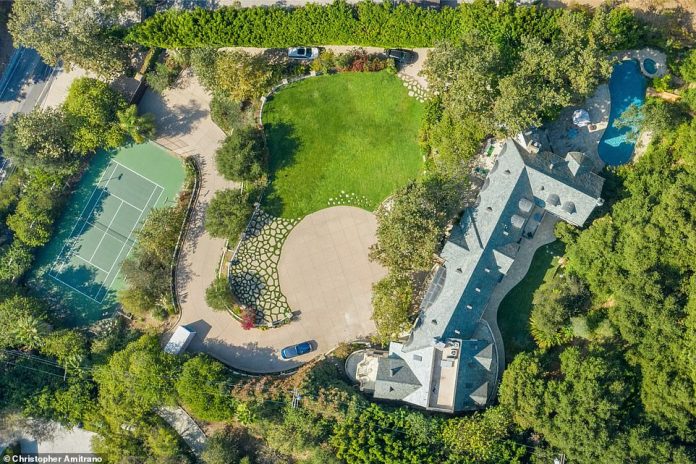 Charming: The mansion is located on two acres of land in Benedict Canyon 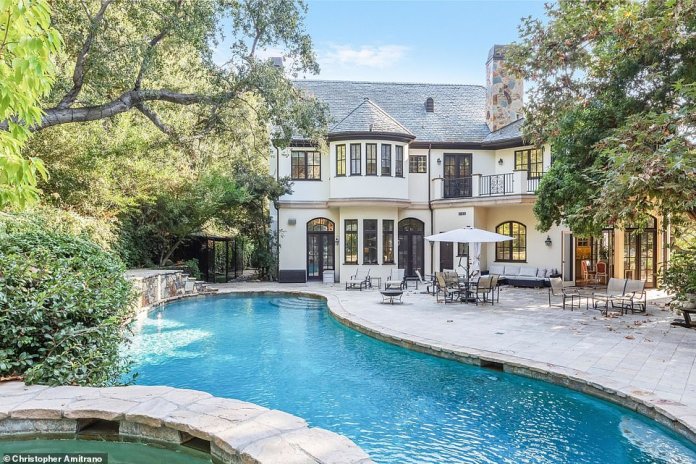 The pros: There is a pool with a 60 foot slide in the backyard

There’s even a gorgeous pool with a 60-foot slide, parking for 35 cars, and a professional-sized tennis court.

Simmons used three rooms to showcase his seemingly endless KISS memorabilia, including dolls, pinball machines, and guitars, but these items are not part of the property’s sale.

The New York native is moving to a 24-acre estate in Washington, near Mount Rainier, in part because of the growing tax burden of living in the Golden State. 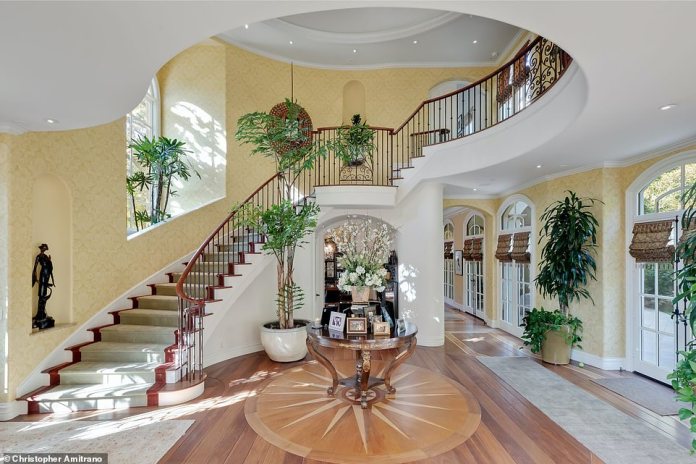 Additional touches: the house includes a foyer with a domed ceiling and coffered ceilings 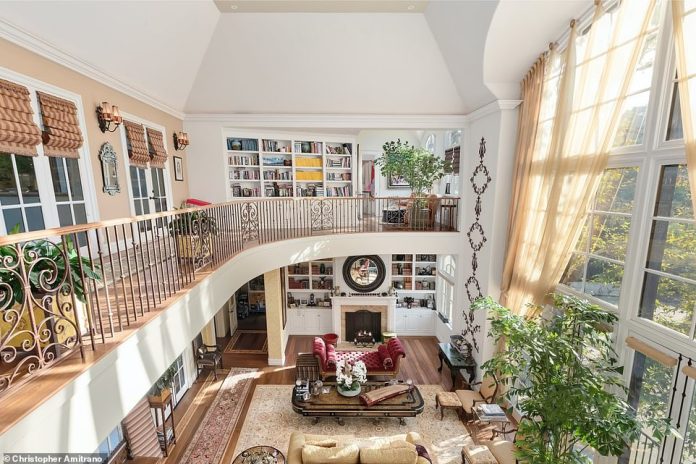 Bedroom with a view: The living room is adorned with windows approximately 30 feet high that overlook the magnificent property 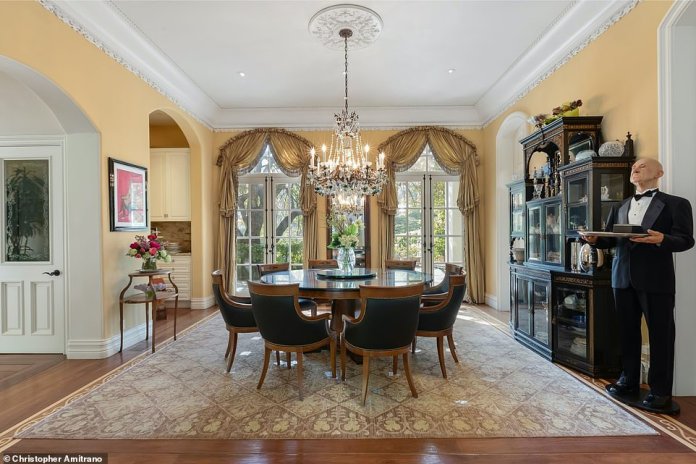 Personal touch: Simmons and his wife Shannon Tweed have remodeled the home from a ranch house to a European-style mansion over the years 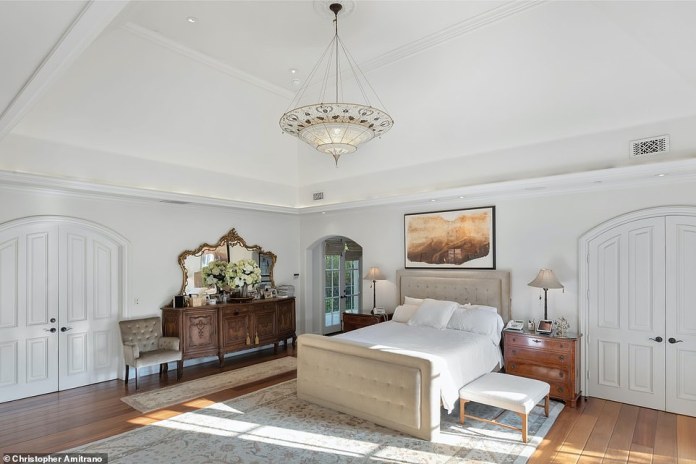 Spacious: The mansion has the capacity to have seven bedrooms

“California and Beverly Hills treat the people who create jobs badly and the tax rates are unacceptable,” Simmons told the Journal.

“I work hard and pay my taxes and don’t want to cry the Beverly Hills blues, but that’s enough. “

The Rock And Roll All Nite star also put his 2,345-square-foot tiny home in Laurel Canyon up for sale for $ 2.2 million in August. But its status is now listed as “Withdrawn / Canceled”. 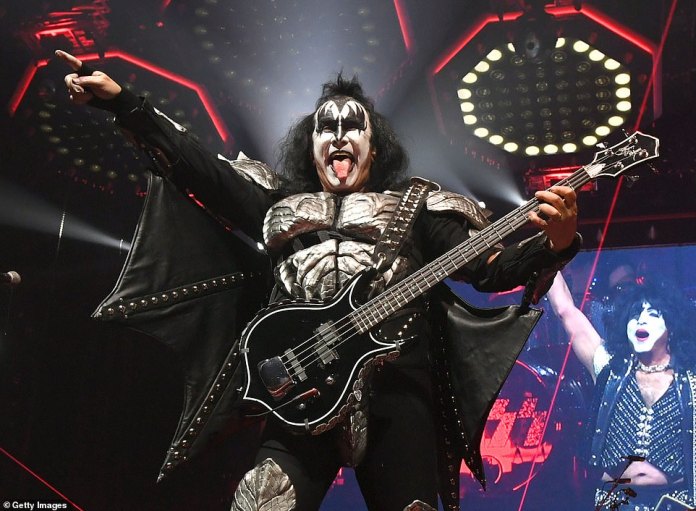 Family move: Simmons, who helped form KISS in 1973, plans to move to a 24-acre estate in Washington state near Mount Rainier, in part because of tax hikes in California. 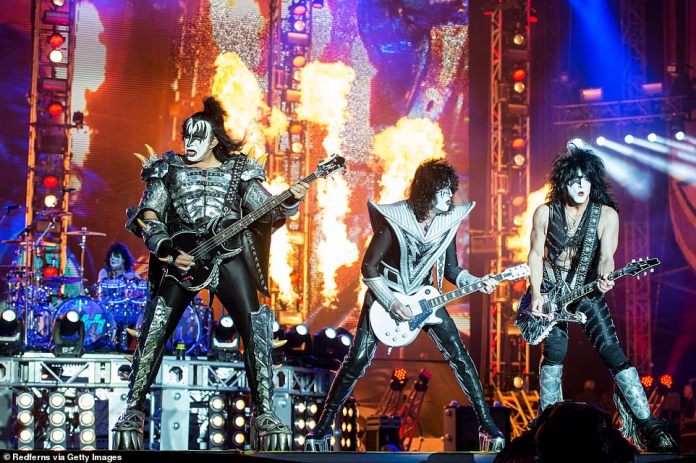 Rock Legends: KISS was inducted into the Rock And Roll Hall of Fame in 2014

Toyota President Says Tesla May Have A Recipe, But It Lacks “A Real Kitchen...