Jahangir Mohammed, from the Center for Muslim Affairs, says France should know everything about the terrorism because they practically made it up.

I love to read French political history and there is a lot to learn from it.

Recently, French President Emmanuel Macron said that “Islam is in crisis” due to the increase in political violence in the Muslim world over the past 40 years.

So, in fact, the French and American states and democracies were born out of political violence.

Of course, the violence leading to political change was not unique to France and the United States; it has been a hallmark of the birth of many nations, and indeed of much of human history.

French internal terror, however, has a fascinating history that they prefer to forget (let us not also forget their colonial terrorism and the violence / massacres of the Napoleonic wars in the name of the Enlightenment and cultural superiority).

Violence played a key role in the rise and aftermath of the French Revolution (May 1789).

Those who supported the overthrow of the monarchy and its state have resorted to “popular violence” to overthrow the existing system and also to defend themselves from the oppressive response of the ruling system to demands for political change; as well as during the integration of the new republican system in place of the old one against the counter-revolution. Popular armed militias were formed to defend the people against the royalist army. There were many violent protests and riots during the revolution.

Two of the landmark events of the revolution involved grotesque violence. On July 14, 1789, a notorious state prison known as the Bastille, a symbol of royal rule, was attacked by an angry mob. The aim of the attack was not so much to free the seven prisoners who were held there, but to secure the ammunition hidden behind the walls of the fort (it was also a military fort). The prison was overtaken after a fierce battle, and the prison director was beheaded. His head was then paraded on a point in the streets of France. This event of political violence is until today celebrated every year as a national holiday (July 14).

On January 21, 1793, the deposed king Louis XVI was executed for treason and beheaded with the guillotine. A guard took his severed head and exposed it on the platform. The crowd cheered, threw their hats in the air and shouted “Vive La France”. His wife, Queen Marie-Antoinette, was also beheaded on October 16, 1793.

After the revolution began the “reign of terror” (1793-1794) when the Jacobin leader Maximilien de Robespierre came to power in 1793. During this period, the rule of law was abandoned and some 17,000 people were executed with the guillotine. . Robespierre was not only a leader of the revolution; he was an ideologue and a staunch defender of political violence. Robespierre defended terror as a virtue and a necessity in the pursuit of liberation and justice to defeat the counter-revolutionaries.

“To punish the oppressors of humanity: this is clemency; to forgive them is barbarism ”

“People do not judge in the same way as courts; they don’t pronounce sentences, they throw lightning; they do not condemn kings, they throw them into the void; and this justice is worth as much as that of the courts ”.

Robespierre was also finally beheaded with the guillotine. The French obsession and culture of beheading was then exported and thousands of Algerian Muslims, and others, were the recipients of the French political culture of “terrorism.”

Crisis of the Muslim world?

President Macron said Islam was in crisis in the world and needed liberation. Islam as a religion does not need liberation, but it is true that the politics of the Muslim world is in crisis and certainly needs to be liberated.

But if only he and European institutions could remove the colonial blinders of anti-Islam prejudice and hatred from their eyes, and view Muslims from the perspective of their own history, they could recognize how much the current Muslim struggles have with history. French and European struggles for political change.

The Muslim world, to be sure, has its fair share of Louis XVI supported by religious authorities. They also have masses of people fighting for liberation and responsible government. They also have the strange Robespierre.

The additional problem with Muslim liberation is that while European governments have freed themselves from the absolutist authoritarian rule of monarchs and tyrants, they are denying Muslims the same right to liberty and liberation by supporting their unjust rulers. And of course, many would say that they then find themselves at the end of some political violence because of that support.

People of all colors and all religions will always find a way to free themselves from injustice and absolutist tyranny. The history of political change is unfortunately littered with a lot of violence, because, as the French have learned, those in power and their supporters will resist political change using violence and terror, and sometimes the outpouring of violence. blood and violence also come after.

Charlie Hebdo cartoons and general attacks on Prophet Muhammad (pbuh) and Islam as a “religion of violence” are not new. They reflect the centuries-old Christian and Eastern crossover controversy based on both racism and anti-Islam propaganda.

Faced with the failure to defeat the Muslim world during the Crusades, the Europeans resorted to defaming Islam and its Prophet (pbuh) as violent and evil and inspired by the devil. It was the only way to explain their failures, while ignoring their own violent behavior.

The same racist attitude existed during colonialism. It was always Africans, Indians, Arabs, Indians or Turks who were presented as savages and their nature or beliefs seen as inherently evil due to their violence in defending their lands or resources.

The Europeans supposedly had higher values ​​and were there to civilize the “savages”. They have avoided discussing their own violent conduct and behavior, just as all so-called terrorism / extremism experts avoid today.

The behavior of Charlie Hebdo and French politicians on this issue has little to do with higher value, it is the kind of behavior you would expect from Nazi street thugs who target Muslims to get a reaction. . The French also have their Nazi history, let’s not forget. The Vichy government during World War II, which allied and collaborated with the German Nazi regime, sent many Jews to the gas chambers.

Why target a prophet (pbuh) who died in 632 AD and who has nothing to do with the political crisis and violence in the Muslim world today, nor the responsibility for it, which has more to do with European behavior than his? While the French Republic was born out of terrorism, Muhammad (pbuh) established his political order relatively peacefully and without mass revenge or reprisals. 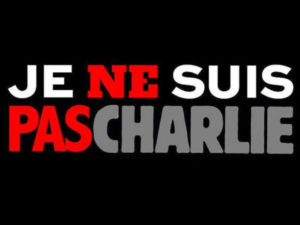 The way forward for France on this issue is not to continue along the path of colonial racial arrogance according to which “our values ​​are superior to yours. This is our country ”. This supremacist attitude is outdated.

No religion has had more attacks, articles, essays, books against it than Islam. Muslims have never cared about criticism and debate, but they will never accept abuse, slurs or the racist and pornographic caricature of their most sacred personality as a critic, or in the name of unlimited freedom of speech. non-existent. We also have our sacred values.

The way forward is an approach based on civility, mutual respect and equality and an application of the laws of hate and disorder in France.

The Austrian Law of Islam of 1912 is perhaps an example that another European approach is possible (although this has been undermined by the rise of the far right in Austria). This sees Islam as a state religion alongside Christian denominations. It also offers some protection for the religious feelings of Muslims.

Recently, a European Court of Human Rights ruling ruling on Austrian law ruled that an Austrian woman does not have the right, under free speech, to treat Prophet Muhammad ( pbuh) of a pedophile, and stated that the Austrian courts had carefully balanced the “Right to freedom of expression with the right of others to protection of their religious feelings and served the legitimate aim of preserving religious peace in Austria . ”

The current actions of the French state in suppressing the rule of law and resorting to collective targeting and punishment of the Muslim community are reminiscent of the actions of Jacobin authoritarianism and the Vichy state. This will only lead to more injustice, alienation and violence on the part of French Muslims, and a rise in fascist and racist hatred and violence among non-Muslims.

Respect breeds respect and hate breeds hatred. We must find a way to coexist peacefully and in a civilized manner. Unfortunately, if the history of France is anything to follow, we can predict in which direction they will go.

Add your comments below

The Navalny penal colony, a Kremlin weapon to “break” it

US and Russian warships dock at strategic port in Sudan

Justin Timberlake said 24 hour parenting was not human and people were not happy...