France and Germany accused Turkey on Thursday (October 15) of continuing to provoke the European Union through its actions in the eastern Mediterranean, and urged it to clarify its positions in the coming weeks.Despite an agreement at the EU summit on October 2 to persuade Ankara to stop exploring for natural gas in waters disputed by Greece and Cyprus, Turkey announced on Wednesday that it was resuming operations of a ship from research.

Turkey withdrew the ship last month, just before the EU summit, where economic sanctions were discussed, to redeploy it on Monday.

The bloc said it would examine the possibility of sanctions against Turkey at a European summit in December.

“It is clear to us that Turkey is constantly carrying out acts of provocation which are unacceptable,” French Foreign Minister Jean-Yves Le Drian said at a press conference alongside his German and Polish counterparts. France, Germany and Poland have organized meetings in a format called “the Weimar Trio”.

He said the ball was in Ankara’s court, but the European Union was ready to change the balance of power if Turkey did not return to dialogue.

Asked about the possibility of proposing EU sanctions, he said the bloc would decide how to react in the coming weeks.

“It’s been two times that the expected talks have not taken place and we don’t know when they will take place,” he said. “We have to wait and see if there is any progress in the next few weeks and then we will see what attitude the EU needs to take.”

Le Drian criticized Turkey’s role in the Nagorno-Karabakh conflict, where it supports Azerbaijan against ethnic Armenians.

“There will be no military victory on this issue, so the ceasefire must be implemented,” he said. “What we can see today is the only country that does not call for respect for the ceasefire, it is Turkey and it is damaging.”

Meanwhile, EURACTIV has learned that, in a move that raised eyebrows in Athens, Hungarian Foreign Minister Péter Szijjártó withdrew from the discussion on Turkey at a meeting of foreign ministers from the EU Monday in Luxembourg.

He returned after the discussion was over and the issue was then for Nagorno-Karabakh, in which he openly supported Turkey’s ally Azerbaijan. 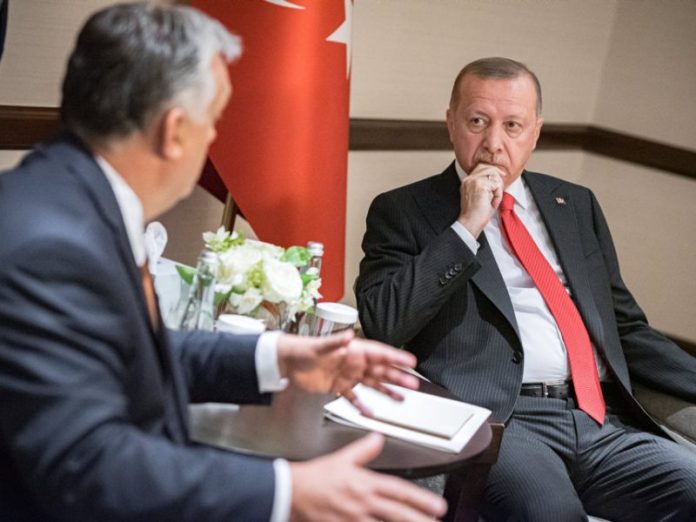 Hungary is among the EU countries which oppose EU sanctions against Turkey. In the same vein, Italy and Spain.

Emmanuel Macron warns: the president “should be worried” before the French elections of 2022 | World | New

The rally season hits the road hoping for fewer potholes

The youngest back to school in Poland

Aubameyang to double as Arsenal stacks more misery at Newcastle

Lawyer confirms ex-nuncio in France will not appeal court verdict

The new Raptors calendar, a glove of crucial games with playoff implications

Former FDA chief Scott Gottlieb says there is “no doubt” that protests will increase...