France is probably experiencing more than 100,000 coronavirus infections a day, the government’s chief pandemic adviser admitted, as the official toll reached a record 52,000 cases on Sunday.

Jean-François Delfraissy, who heads the French Scientific Council, said he was shocked by the “brutality” of the second wave currently hitting Europe.

Once asymptomatic cases and those not tested are taken into account, he said, the daily total of cases in France is likely six figures.

While the increase in testing is partly to blame for the record hikes, Delfraissy added that the second wave of the virus “will surely be stronger than the first”. 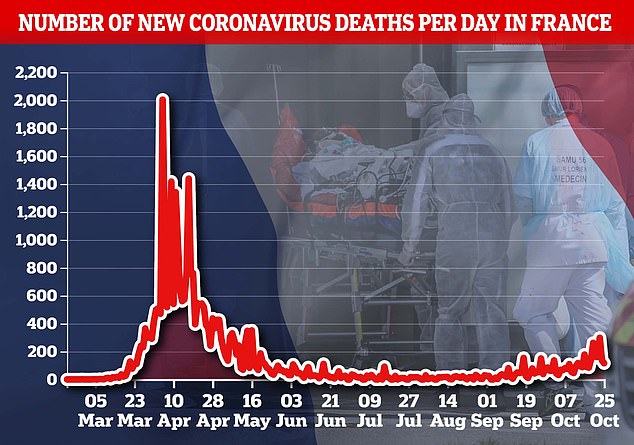 The country has also reported 116 deaths, fewer than in recent days, but amid warnings that intensive care beds are filling up quickly

France has seen its daily coronavirus case totals rise rapidly in recent weeks, almost doubling from 29,837 a week ago Sunday to 52,010 reported this Sunday.

While deaths have not increased as quickly, half of the country’s intensive care beds are now occupied by coronavirus patients, with more than 2,500 on duty.

In Ile-de-France, where hard-hit Paris is located, this figure rises to two-thirds of intensive care beds.

If the numbers continue to rise, the healthcare system risks being overwhelmed, meaning deaths could skyrocket as Covid and non-Covid patients struggle to access emergency care.

Mr. Delfraissy described the situation in France as “very difficult, even critical”, adding that “we have a virus which circulates extremely quickly”.

Asked what can be done to stem the rise in cases, Delfraissy suggested extending the curfews that currently cover around two-thirds of the French population nationwide from 9 p.m. to 6 a.m.

He also suggested a ‘circuit breaker’ lockout of the type used in Ireland, Wales and Scotland in the hope of rapidly decreasing cases.

In France, Delfraissy suggested the lockdown would be for a short time and still allow children to go to school. 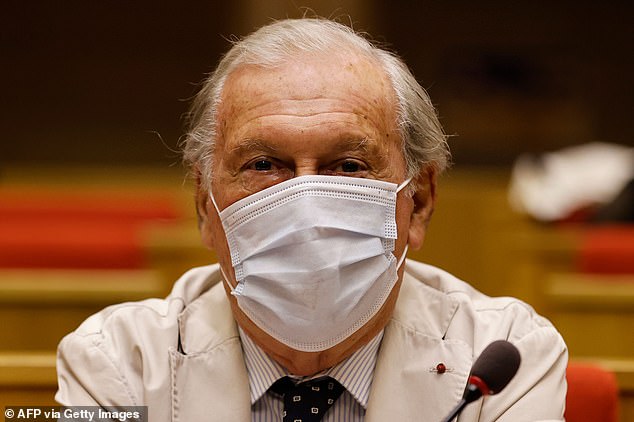 Jean-François Delfraissy, France’s leading pandemic adviser, warned that the true daily total of Covid cases in the country was likely six figures as he called for more action to slow the second wave

The exit from the lockdown would also be more orderly than it was earlier in the year, he said, with a return to curfew – and not the “new normal” that had previously been proposed.

Meanwhile, Dr Eric Caumes, head of the infectious and tropical diseases department at the Pitié-Salpétrière hospital in Paris, warned that “we have lost control of the epidemic”.

He said the breaking point came “a few weeks ago” and the country was quickly heading for another full lockdown.

Caumes described the curfew system as a “risky bet”, saying its effectiveness in reducing infections is unknown.

It will take 10 to 15 days to assess whether this has had an impact, he said, and if that fails, France will have “no choice” but to return to lockdown.

“If it is not at all effective, we will have to limit ourselves, there will unfortunately be no other solutions”, he told FranceTVInfo.

Most major European countries are now reporting daily record coronavirus totals, which are accelerating rapidly even when increased testing is factored in.

Governments were desperate to avoid the lockdowns that curbed the disease earlier this year at the cost of shutting down all of their economies.

But the constant increase in new cases has forced them to increase checks. 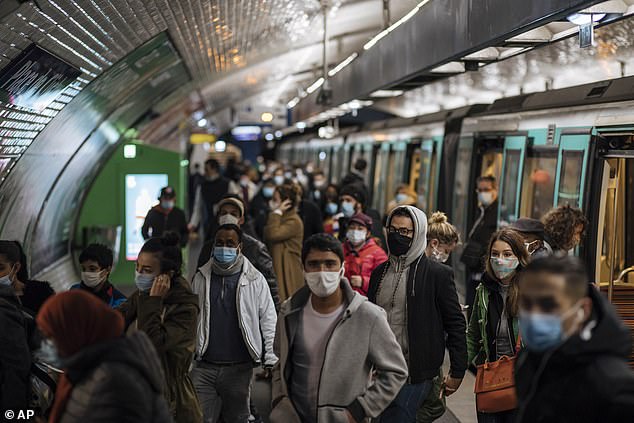 Delfraissy recommended extending the curfews in place in most major French cities to cover the whole country or a complete locking of the “circuit breaker” to regain control (photo, Paris metro)

“We are facing very, very difficult months ahead,” German Chancellor Angela Merkel said at a meeting of leaders of her Christian Democratic Party, according to Bild.

Although Germany has performed relatively well compared to other countries in Europe, it has also seen a sharp increase in cases and the closely watched Ifo business climate index fell on Monday, reflecting concerns caused by the virus.

The gloom surrounding the resurgence of the virus weighed on financial markets, where oil prices fell amid fears of a further decline in demand and stock markets also fell.

In Spain, which has recorded more than a million cases of the disease, Prime Minister Pedro Sanchez warned the country was facing an “extreme” situation by announcing a new state of emergency on Sunday, imposing night curfews local and prohibiting travel between regions in some cases.

Italy, the country worst affected at the start of the crisis in March, also imposed new restrictions, ordering the closure of restaurants and bars from 6 p.m. and the closure of cinemas and gymnasiums and imposing cover-ups. local fires in several regions.

Street clashes with small groups of protesters over the weekend and angry criticism from restaurateurs and business groups over the impact of the measures have underscored the increasingly tense climate in which Prime Minister Giuseppe Conte is confronted.

Jamie George, categorical, the Fall Nations final against France is NOT a “Mickey Mouse Cup”

Another day of protests against police violence in France

Why France is struggling to embrace the homework revolution

A step towards sustainable lunar exploration this week @NASA – September 11, 2020

“Poles of Infection”: How Covid-19 Spread to Latin American Markets | News from the...