From India to Mexico and Brazil, the world’s largest developing countries are experiencing some of the strongest economic contractions on record, throwing tens of millions of people out of work and pushing back the time of gains against poverty.

Developing countries have not felt this kind of pain since the Great Depression. The Indian economy shrank by almost a quarter, 23.9%, between April and June compared to a year earlier, its worst performance since the start of quarterly figures in 1996. The Peruvian economy has contracted by 32% during the same period compared to the previous year, that of Mexico by 18.9%, that of Brazil by 11% and that of Turkey by 9.5%.

“On average, the economic contraction of developed countries and emerging markets will not be too different this year. But the big difference is in employment, as developing countries are less able to support workers, ”said Eric Parrado, chief economist of the Inter-American Development Bank.

The pandemic has already destroyed nearly 26.5 million jobs in Latin America, more than the entire population of Florida, he said.

The Brazilian right-wing government of President Jair Bolsonaro has embarked on one of the largest aid programs to offset the pandemic, distributing $ 100 per month to individuals and doubling that amount to families. But that compares to $ 600 per week – some $ 2,400 per month – paid by the US government to the unemployed in addition to unemployment benefits.

Unlike rich countries, lockdowns in many developing countries have been less effective in stopping the virus in its tracks, in part because many people lack savings and cannot afford to stop working. .

As European economies begin to recover after most of their restrictions were lifted earlier this summer, cases and deaths have continued to rise in India and much of South America. Peru, Colombia, and Argentina all have extended travel restrictions and the like.

In India, the virus took longer to take root than in the United States or Europe. The country’s lockdown, which began at the end of March and did not begin to ease until early May, was the largest in the world – covering the 1.3 billion people of India – and one of the strictest.

The lockdown threw millions of migrant workers out of work, and most returned from the towns where they worked and returned to their homes in rural areas. This dealt a double blow: the income they earned by working dried up for their families and they helped spread the virus from cities to countryside.

Now the virus is spreading faster in India than in any other country. Although the economy has shrunk slightly since the lockdown was eased, workers are unlikely to return to work in the city while the pandemic persists and continue to cut spending.

“At the heart of the economic crisis is a health crisis, and it will be difficult for growth to gain a foothold if the economy continues to slide on an inflexible pandemic curve,” said Aurodeep Nandi, economist at Nomura.

Jagdish Singh, 47, a general store owner in the state of Uttarakhand, said his business was devastated.

“I have no money to pay my local employees. I plan to close. I don’t think he will survive more than two months, ”he said. 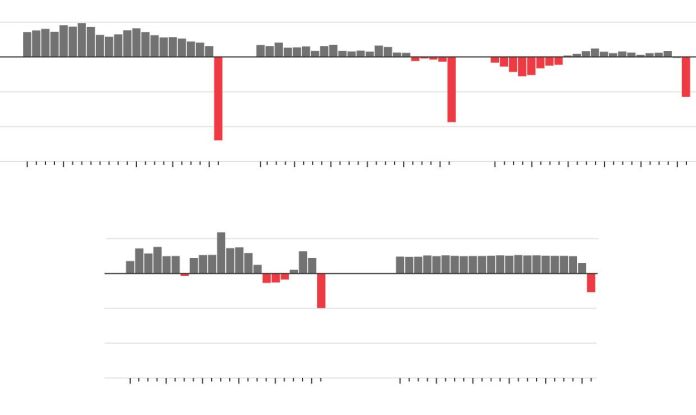 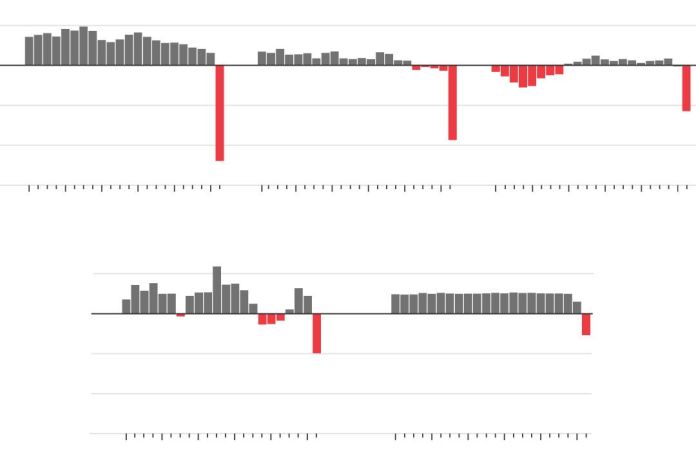 Although India has lifted many restrictions, this is not the case in much of South America. In the verdant Argentinian capital of Buenos Aires, extended lockdowns have closed the 160 independent theaters along Corrientes Avenue, the city’s version of Broadway. Argentina’s economy contracted 19.5% in the second quarter compared to the previous year.

Some theater owners, like Sebastian Blutrach, have saved up to help pay reduced wages and avoid layoffs. But Mr Blutrach, who has 32 employees, said he couldn’t hold out for long.

In the Colombian capital of Bogotá, which accounts for a third of the national gross domestic product, the city only started this week to relax regulations on restaurants, transport companies and other services.

A third of the 90,000 restaurants estimated in Colombia before the pandemic have closed their doors. Jorge Rausch and his brother have closed five of their six restaurants and laid off 170 of their 200 employees to try and focus on the remaining restaurant, the elegant Criterión.

For large multinationals, the economic fallout from the pandemic translates into lower sales in emerging economies, a turnaround from recent years when developing countries helped offset weak sales in advanced economies.

Soap maker Dove Unilever PLC reported a 1.9% drop in underlying sales in emerging markets for the second quarter, but a 2.1% increase in developed markets. These numbers mark a sharp reversal of 2019 when the company announced a 7.4% rise in sales in emerging markets in the second quarter and a decline of 1.6% in developed markets.

Even in parts of the developing world where the virus has been largely contained, economies have seen record declines. The Philippine economy contracted 16.5% in the second quarter, the largest quarterly decline in more than 35 years. Intermittent lockdown restrictions imposed on major cities since March have slowed growth.

Thailand’s economy contracted 12% in the second quarter, mainly due to the collapse of the tourism industry, which accounts for 20% of the country’s GDP. Bangkok’s Don Mueang International Airport only received 230 international arrivals in August, up from 602,000 passengers last August.

Developing countries have fewer resources to tackle the problem. In Brazil, economists are wondering how long the government will be able to maintain its aid program. It spent $ 47 billion distributing monthly stipends, reaching about 66 million people, or about 30% of the Brazilian population.

Lucilene Barbosa Martins, 47, who cleans houses in São Paulo, saw her income drop at the start of the pandemic when she lost four of her five clients. Despite the government’s cash payment, she fell behind on her utility bills.

“I had to stop buying clothes and shoes for myself and my son to try and pay the bills. And I fell behind again, ”she says. “Without government help, I would have been in a much worse shape.

Rising spending on the government’s various stimulus programs pushed Brazil’s total debt level to 86.5% of GDP in July, from 75.8% at the end of 2019.

“Overall, as an emergency action it was a good response and people are happy about it,” said Claudio Ferraz, Brazilian economist and professor at the Vancouver School of Economics. But, he added, “it’s not something you can support. “

Mexican President Andrés Manuel López Obrador has ruled out taking on more debt or sharply increasing spending during the pandemic. His government has stepped up some cash-flow programs for the poor, but has refused more aid to businesses, arguing that past bailout programs have only helped the rich.

Restaurateur Patricio Peñalosa, 44, said the lack of government support was hurting not only business owners, but their employees as well.

Mr. Peñalosa has decided to permanently close his two upscale restaurants in one of Mexico City’s poshest office towers, once bustling malls he now describes as a ghost town.

Mr. Peñalosa is also moving from Mexico to the United States, where he plans to settle with his daughter in Colorado and try to make a fresh start in the food business.

“Why am I leaving Mexico?” he said. “Because the government does not have a clear strategy to reactivate the economy. My business is bankrupt and I have no money to reopen. “

—Santiago Pérez and José de Córdoba in Mexico City, Jon Emont in Singapore and Saabira Chaudhuri in London contributed to this article.

Hadleigh is one of the worst areas of coronavirus mortality

Coronavirus-linked UK hospital deaths rise by 1,185, the biggest increase in the entire pandemic

US Economy Has Worst Quarter In History With Epic 32.9% Dip In Q2 GDP | News

“Our role is to reduce their grief”