OTTAWA – Growing disagreement between Prime Minister Justin Trudeau and his finance minister over coronavirus-related spending is also fueled by disagreements over the scope and scale of proposed green initiatives, said three sources familiar with the matter.Trudeau and Finance Minister Bill Morneau are due to meet on Monday to try to resolve their differences, a fourth source familiar with the meeting said. The sources requested anonymity given the sensitivity of the situation.

Morneau and his team clashed with other Cabinet ministers over the amount of funding needed, including how much of the recovery could be helped by investing in environmental projects, the people added.

Trudeau, who has campaigned on a platform to fight climate change, believes that the 2021 budget should have an ambitious environmental component to start weaning the oil-dependent economy from fossil fuels and recently hired the former. Bank of England governor Mark Carney as informal adviser, aides say.

The appointment, coupled with a Globe and Mail report that Trudeau and Morneau clashed over the amount of money Ottawa spent to fight the coronavirus, led to speculation about the finance minister’s future. Morneau, 57, has been in office since the Liberals came to power in late 2015.

Asked about a reaction to Reuters reporting, Trudeau spokesman Cameron Ahmad noted that the prime minister issued a statement on Tuesday saying he had “full confidence” in Morneau, who confidants say is alarmed by soaring budget deficits.


2:41
Scheer asks when Trudeau is going to put Bill Morneau “out of his misery”

Environment Minister Jonathan Wilkinson and Infrastructure Minister Catherine McKenna, who is a former Environment Minister, met with senior officials to discuss options that could involve billions of dollars in additional spending, a said one of three sources familiar with the matter. Heritage Minister Steven Guilbeault, a longtime green activist, also attended the meetings.

Morneau’s resistance to costly environmental initiatives reflects his roots in Bay Street, the financial hub of Toronto, and the right-wing Liberal view that deficits are out of control.

“The idea of ​​greening the economy just by spending money on every project you have in front of you isn’t really a serious one,” a fifth source sympathetic to Morneau’s position said.

Possible budget measures range from investments to help provinces reduce their carbon footprint, by stimulating research into clean technologies and encouraging the construction of efficient buildings.

READ MORE: Officials did not survey the finances of WE Charity, the structure before the grant, says senior official

“Morneau said: ‘We have to pull ourselves together’. And it’s not always popular, ”said one of three sources familiar with the matter.

Morneau’s and three ministers’ offices did not respond to requests for comment.

“He wasn’t very interested in a huge deficit; it’s not what he wanted as a legacy, ”said a sixth source familiar with Morneau’s thinking. 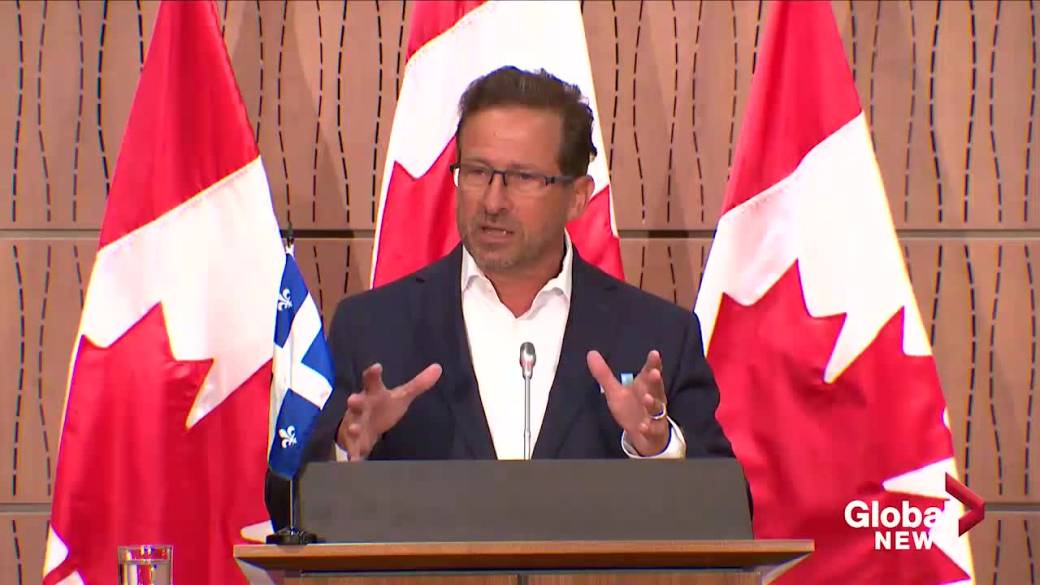 4:57
WE scandal: Bloc leader promises to run in fall election unless Trudeau and Morneau resign

WE scandal: Bloc leader promises to run in fall election unless Trudeau and Morneau resign

Problems between a finance minister and colleagues with ambitious and expensive proposals are not unusual. “Every government department that spends money ends up hitting finances,” the fifth source said.

But Morneau feels increasingly isolated at the cabinet table, with no close allies among his colleagues, according to the source.

Adding to Morneau’s challenges, several cabinet members were upset when he revealed that he forgot to reimburse $ 41,366 in travel expenses covered for him by a charity at the heart of an ethics investigation, said the one of the three sources. Morneau and Trudeau both face ethics demands related to the charity.

York Region has avoided a lockdown. But with “worrying” COVID-19 numbers, can he escape the fate of Peel and Toronto?

Here are all the livestreams and virtual concerts to watch during the coronavirus crisis: week of September 21