Russia’s leading respiratory doctor has resigned over “gross violations” of medical ethics that rushed through Putin’s “vaccine” against the coronavirus.

Professor Alexander Chuchalin left the ethics board of the Russian Ministry of Health after launching a fierce attack on the new drug Sputnik V before the body approved its registration.

Amid deep skepticism among Western experts on the drug, it appears that Chuchalin sought and failed to block his registration for “safety” reasons before leaving the ethics board.

He specifically accused the two main doctors involved in its development of flouting medical ethics by rushing production of the vaccine.

Dr Chucalin said: “I am depressed by the position of some of our scientists who make irresponsible claims about ready-to-use vaccines”

The two men were the main academics behind the new “global” vaccine.

Chuchalin is said to have asked them: “Have you taken all the necessary routes approved by the legislation of the Russian Federation and the international scientific community?” Do not!

“This work was not done. Thus, one of the ethical principles of medicine has been seriously violated: do no harm ”.

He stressed: “I am depressed by the position of some of our scientists who make irresponsible claims about ready-to-use vaccines. “

Although the specific reasons for his resignation were not given, in an interview with the journal Nauka i Zhizn (Science and Life) shortly before his departure, Chuchalin warned: “In the case of a drug or of a vaccine, we as ethical critics would like to understand, first of all, how safe it is for humans.

“Safety always comes first. How to evaluate it? The vaccines that are being created today have never been used in humans and we cannot predict how a person will tolerate them. 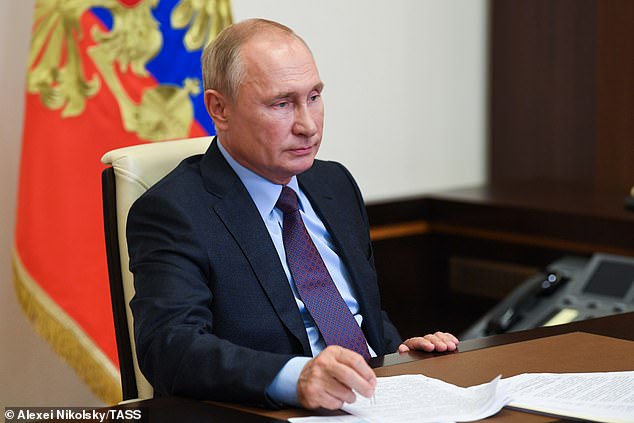 Putin said one of his daughters had received the vaccine and had not experienced any side effects worse than a high temperature. “She feels good and has a high number of antibodies,” he boasted. 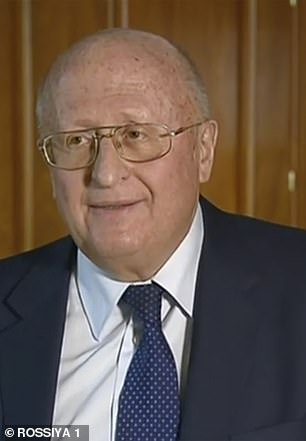 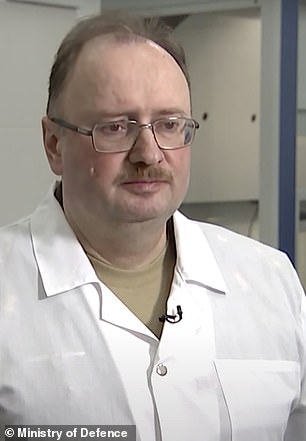 Professor Alexander Gintsburg, head of the Gamaleya Research Institute in Epidemiology and Microbiology (left) and Sergey Borisevich, chief virologist of the armed forces (right). The two men were the main academics behind the new ‘global’ vaccine

Chucalin, who established the Russian Pulmonology Research Institute and is head of the Department of Hospital Therapy at the Russian National Medical Research University in Pirogov, added: “It is impossible to determine without weighing all the scientific facts.

“Therefore, our main task is to extract scientific data based on evidence-based medicine in order to understand that the action of scientists will not harm a person.

Chuchalin said it was vital to know the “longer-term effect of the vaccine,” adding that “the point is that there are a number of biologicals that do not manifest immediately, but only after a year. or two”.

While Russia is also preparing other vaccines to fight Covid-19, he warned: “These vaccines which are currently being developed by many of our research centers, the criteria for their safety can only be short-lived.

“But the safety criteria for a vaccine must also be long-term and that only becomes clear with long-term observation – at least two years. “

And one of Russia’s top virologists even warned that the vaccine could increase the spread of Covid-19.

In a separate attack on the vaccine, Professor Alexander Chepurnov said the “danger exists” of “increasing disease with poor vaccine design”.

Chepurnov is the former head of the laboratory for particularly dangerous diseases at the Vector Institute in Siberia, which is also involved in the development of vaccines against the coronavirus.

He warned, “It takes time… the antibodies are different. In certain situations – and for the coronavirus, it is already known – the infection intensifies with certain antibodies. You have to know which antibodies the vaccine produces ”. 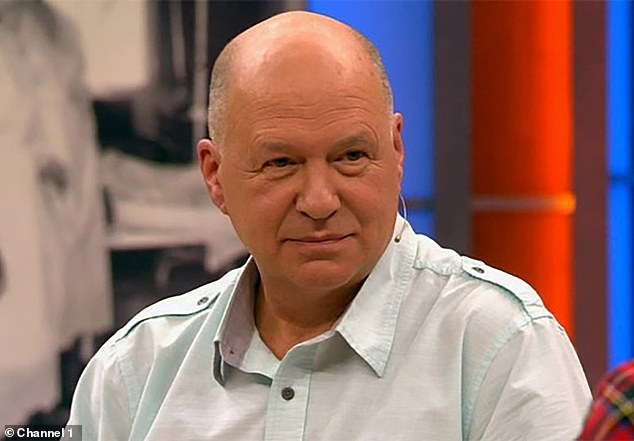 In a separate attack on the vaccine, Professor Alexander Chepurnov said the “danger exists” of “an increase in disease with poor vaccine design”

But the vaccine makers had not published scientific papers on the vaccine, he said.

They should explain the level of neutralization, dose details, and “whether or not it develops the ability to increase antibody infection”.

Although this is not done, “it is impossible to talk about the release of a vaccine,” he said.

Another leading scientist, Vladimir Chekhonin, vice president of the Russian Academy of Sciences, claimed that Russia flouted the Nuremberg Code on Human Experimentation and the country’s own laws on human clinical research involved in Covid-19 vaccine testing.

He expressed concern over the use of serving military personnel as vaccine recipients. 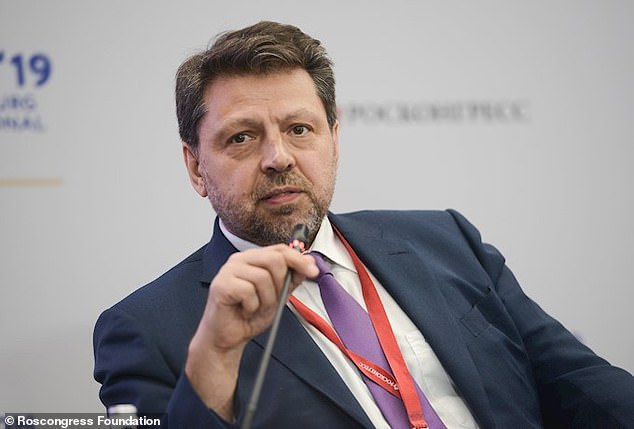 “We cannot conduct experiments on humans,” said the respected immunologist.

“This is a blatant violation of the international Nuremberg Code. we just ridicule us with this early vaccine which can cause us a lot of problems.

Scientists “do not have the ethical right to talk to society and defiantly pour the vaccine into their nose or inject it elsewhere.”

Vaccine makers insist, however, that everyone who took part in the tests was volunteers, including soldiers serving in the military.

Russia made the vaccine race a matter of national prestige and named the product “Sputnik V” after former Soviet space satellites, raising concerns that security could be compromised in the name of Russia’s image.

He made it clear that more research is needed to administer the vaccine to people over the age of 60, and for now, only people between the ages of 18 and 60 will be allowed to use the drug.

The managing director of the Russian direct investment fund Kirill Dmitriev criticized attacks from abroad on the new vaccine.

“The attacks come only from the West, the United States and Europe,” he said.

“We are convinced that we have the most effective and reliable vaccine in the world, and I am ready to clarify that.

“As a result, we are under attack because our rivals fully understand this and they are afraid of Russia’s strong position in the global vaccine market. “ 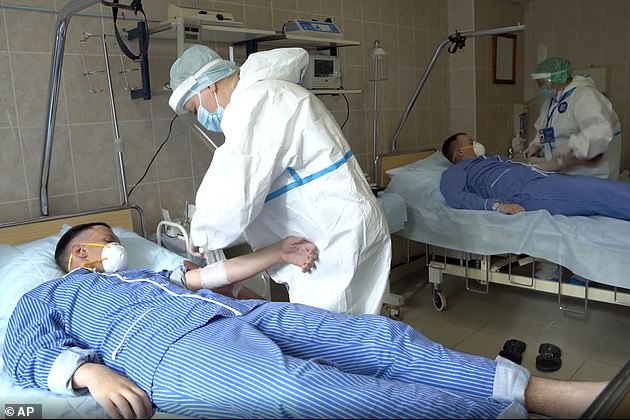 Medical staff in protective gear prepare to draw blood from volunteers participating in a coronavirus vaccine trial at the Budenko Main Military Hospital, outside Moscow

The expected price in the foreign market is $ 10 for two doses.

Documentation related to the vaccine says it was recorded after testing only 38 healthy adult volunteers.

However, it is now said to have been tested on double that number – 76 – at two institutions – Moscow-based Sechenov University and the Defense Ministry’s main military clinical hospital Burdenko.

It is not known why the documentation linked to Sputnik V used the number 38. Of the 76, about half were said to have been serving soldiers who participated “voluntarily”.

Putin said one of his daughters received the vaccine and suffered no side effects worse than a high temperature.

“She feels good and has a high number of antibodies,” he boasted.

Although Putin did not say which of his daughters received the drug, Otkrytie Media reported that it was Ekaterina – known as Katerina – Tikhonova.

She had the vaccination at a very early stage in her development, it was said.

There was no official confirmation that she was the vaccine recipient.

Katerina, 33, uses the last name of her maternal grandmother, who for many years hid her identity as Putin’s daughter. She has gone from being a high-level dancer to leading a major new Russian artificial intelligence initiative. 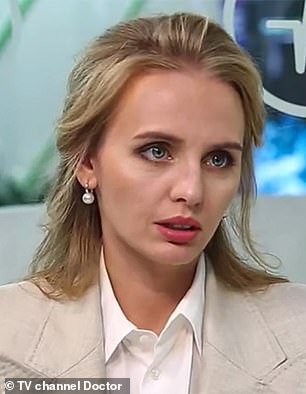 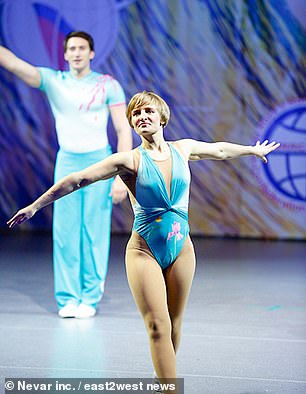 Putin said one of his daughters Maria (left) and Katerina (right) received an injection of a coronavirus vaccine. Reports in Russia say it was young Katerina who was vaccinated

Katerina rose to prominence with her spectacular rock’n’roll acrobatic “boogle woogle” performances in dance competitions and holds a doctorate from the prestigious Moscow State University.

She was once married to the youngest Russian billionaire Kirill Shamalov, 38.

The couple reportedly divorced after which they married glamorous socialite Zhanna Volkova, in her 30s.

Her older sister Maria, 35, uses the surname Vorontsova, has a career in medical research and is an expert in dwarfism, according to reports.

She is believed to be married to a Dutch businessman with whom she has a family, making Putin a grandfather.

For the success of vaccination in Britain, we must thank our universal health system | Coronavirus

Treating COVID-19 Symptoms at Home: Doctor SoCal Explains What You Need to Know

Amazon Prime Day 2020: How To Find The Best Tech Deals

PlusDental expands in France and is the winner of the German trust test in...

Holyfield calls out Tyson for a trilogy fight: “The world is waiting”