Covid-19 has infected almost every country in the world – except 10. What are they doing now?

The Palau Hotel is so named because, when it opened in 1982, it was the Hotel Palau. There were no others.

Since then, this tiny nation, surrounded by the sky-blue Pacific Ocean, has experienced a tourism boom.

But that was before Covid.

The borders of Palau have in fact been closed since the end of March. It is one of the 10 countries in the world without a confirmed case (excluding North Korea and Turkmenistan).

Yet without infecting a single person, the virus has ravaged the country.

The Palau hotel has been closed since March, and it is not the only one. Restaurants are empty, souvenir shops are closed, and the only hotel guests are back in quarantine.

Countries with no recorded Covid-19 cases

“The ocean here is much prettier than any other place in the world,” says Brian Lee, manager and co-owner of Hotel Palau.

It was the sky blue ocean that kept Brian busy. Before Covid, its 54 rooms had an occupancy rate of 70% to 80%. But when the borders closed, there was nothing to fall back on.

“It’s a small country, so the locals won’t stay in Palau,” says Brian.

He has about 20 employees and kept them all, but with reduced hours. “I try to find jobs for them – maintenance, renovations, etc.,” he says.

But empty hotels cannot be maintained and renovated forever. “I can stay another six months,” says Brian. “Then I might have to close.” ”

Brian doesn’t blame the government, which offered financial support to residents and, after all, kept the virus out.

“I think they did a good job,” he says. And yet, if Palau’s first hotel is to survive, something must change soon.

The president recently announced that “essential” air travel could resume on September 1. Meanwhile, an “air corridor” with Taiwan, which would allow tourists to travel, has been rumored.

“I think they have to start reopening again – maybe have travel bubbles with New Zealand and countries like that,” he says. “Otherwise, no one can survive here.”

About 4,000 km to the east, across the vast Pacific Ocean, the Marshall Islands also remains Covid-free. But, like Palau, no infection means no impact.

The Robert Reimers Hotel is located on a strip of land on the main atoll, Majuro, with a lagoon on one side and the ocean on the other. Before Covid, the 37 rooms had an occupancy rate of 75% to 88%, with customers mainly from Asia, the Pacific or “the mainland” (United States).

Since the border was closed in early March, this rate has been 3 to 5%.

“We had a few from the outer islands,” explains Sophia Fowler, who works for the hotel group. ” But not a lot. ”

Nationally, the country is expected to lose more than 700 jobs during the Covid recession, the biggest drop since 1997. Of those, 258 will be in the hotel and restaurant industry.

But self-isolation affects more than tourism – and the Marshall Islands are much less dependent on vacationers than Palau. The fishing industry is a bigger problem.

To keep the country free from Covid, ships that have been in infected countries are banned from entering ports across the country. Other vessels, including tankers and container ships, must spend 14 days at sea before entering. Fishing licenses are unsold and freight flights have been cut.

The effect is clear. The Marshall Islands specialize in aquarium fish – the most popular is the flame angel fish – but exports have fallen by 50%, according to a US report. The shore shipment of sashimi tuna fell by the same amount. Other fishing industries expect a 30% drop during the year.

In short, you can stop the virus from entering, but you cannot beat it. Covid-19 helps you one way or another.

Sophia “hopes” that things return to normal for the country, and the Robert Reimers Hotel, next year. But what if they don’t?

“So that’s just not possible for us,” she said.

But while closing borders has made countries without Covid poorer, not everyone wants them to be reopened.

Dr Len Tarivonda is director of public health in Vanuatu, population 300,000. Although he works in the capital, Port Vila, he is originally from Ambae, an island of 10,000 people located about 170 miles to the north.

“If you talk to them [in Ambae], the majority say they keep the border closed as long as possible, ”he said. “They say, ‘We don’t want disease – otherwise we’re doomed, basically.’”

About 80% of Vanuatu’s people live outside of cities and the “formal economy,” says Dr Tarivonda.

“And my observation is that they don’t necessarily feel the pinch yet. They are subsistence farmers, they grow their own food – they depend on the local traditional economy. ”

Nevertheless, the country will suffer. The Asian Development Bank forecasts a GDP drop of almost 10% – the biggest drop in Vanuatu since independence in 1980.

This crisis is not only due to the closed borders of Covid. In April, Tropical Cyclone Harold hit much of the country, killing three people and affecting more than half of the population.

“We had a daily briefing on health emergency operations,” recalls Dr Tarivonda. “We would discuss Covid first, then TC Harold. Two catastrophes occur at the same time. ”

Still, Covid will have a longer term impact.

In July, the government announced its intention to reopen the border to other “safe” countries by September 1. Then the cases multiplied in Australia and New Zealand, and the plan was postponed.

Dr Tarivonda, who sits on the border task force with government, tourism and airline officials, admits they are “almost back to square one” with no new reopening date.

Smaller and specific cross-border trips can help Vanuatu. The government recently allowed 172 workers to travel to Australia’s Northern Territory for six months to pick mangoes. While remittances will be useful, they are not enough in a country where 35% of GDP comes from tourism.

But, despite this need for open borders, Vanuatu will not rush to reopen. Dr Tarivonda looks at Papua New Guinea, which was nearly Covid-free until a sharp increase in late July, with concern.

“If the virus does arise, it will likely be like wildfire – and what we are seeing in Papua New Guinea is a reflection of our concerns,” he says.

“Given our [health care] limits, the context we have in the Pacific, the best bet is to keep the virus as long as possible. “ 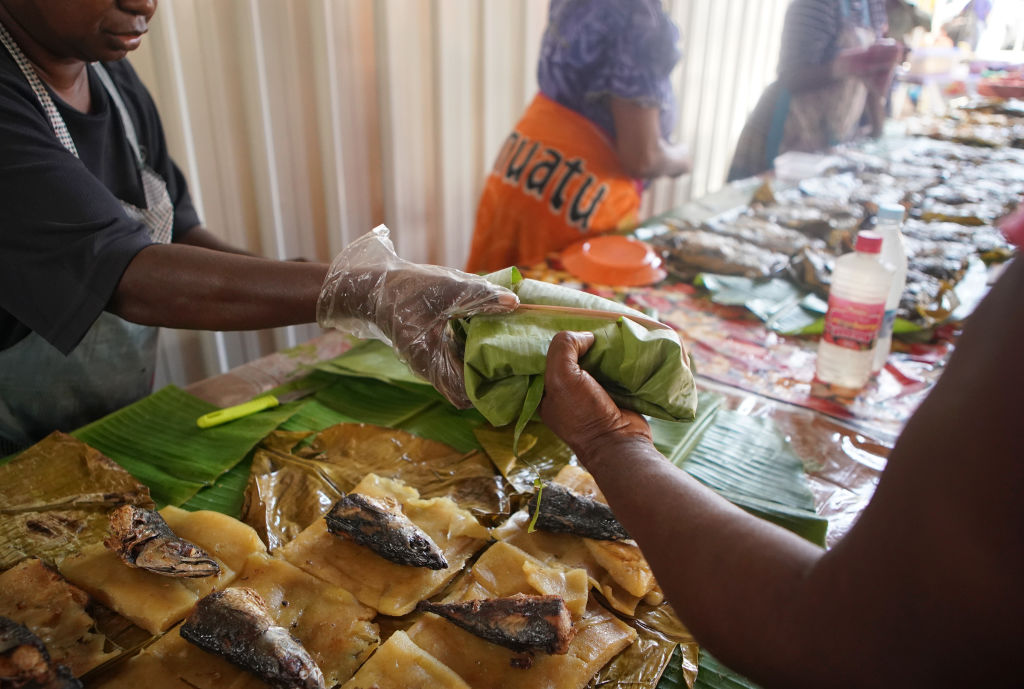 So, is there anything countries without Covid can do?

There are short-term measures, such as payments to workers and businesses. And there is a long-term measure: wait for a vaccine.

Until then, travel bubbles remain the best hope. Yet, as Rommel Rabanal of the Asian Development Bank points out, they seem simpler than they are.

“These arrangements have preconditions,” he says. “A common set of standards for testing, contact tracing and quarantine facilities, in the event of an outbreak. They are under discussion, but progress is slow – or perhaps cautious. ”

And – as seen with Vanuatu’s “September plan” – bubbles can burst quite easily as well.

“Australia and New Zealand have made it clear that the first country they will test it with is each other,” says Jonathan Pryke, Pacific Islands program director at the Lowy Institute.

“And before that can happen, you have to remove community transmission. So I think the prospects of a travel bubble are not possible for this year. “

Mr Pryke says that as the months go by, desperation builds in the closed countries of the Pacific.

He was confident, however, that the only option for these countries was international self-isolation.

“Even if they kept their borders open, their main tourist markets in Australia and New Zealand would not be open because they locked their own borders,” he says.

“So you would have the worst of both worlds – a health crisis and an economic crisis. We will have years and years to consider what the right decisions were.

“But looking back, no one will doubt that the lockdown was the right move for these Pacific nations. “

COVID-19: New vaccines “ready in 100 days” if Omicron variant is resistant to current jabs, according to Pfizer

Many rules still in place at the Canadian border – .

What we know about the new variant of COVID-19 detected in South Africa – .

No case of a new variant detected at Delhi airport among people coming from “at risk” countries: Lab – .

New Hampshire and Vermont have asked to test deer for COVID-19 – .