The Boeing 737 MAX will carry passengers again, possibly before the end of 2020, but its success in the years following its return to service will depend on customer confidence and the duration of the COVID-19 pandemic.The global fleet was stranded in March 2019 after the second of two fatal crashes, which killed a total of 346 people, including 18 Canadians.

Boeing saw 43 orders for the 737 MAX be canceled in July, which means the total number of MAX order cancellations for 2020 reached 416.

Taking into account the number of additional orders unlikely to materialize (for example, due to airline bankruptcies), Boeing’s order backlog for the 737 MAX fell to 3,543 in July 2020.

That is still a considerable number of orders for an aircraft with a list price of at least US $ 100 million.

But with the huge aviation slowdown in 2020 due to COVID-19, Boeing executives will be praying for an early vaccine as well as rapid recertification by regulators.

Before the 737 MAX took off, Boeing had planned to produce 57 planes per month. It could take years. In its most recent quarterly results, the company hopes to earn 31 per month by 2021.

3:08
How can Boeing survive the coronavirus pandemic?

How can Boeing survive the coronavirus pandemic?

From August 2020, the International Civil Aviation Organization predicts that the number of air passengers will drop from 52% to 59% globally in 2020, compared to 2019.

This number could reach 66% in North America.

Most analysts believe it will be years before air travel returns to pre-pandemic levels.

According to management consulting firm Oliver Wyman, two-thirds of the global fleet of 27,884 large planes were in storage in the early months of the pandemic.

He said that as of July 10, about a third had been returned to service, but that still left thousands of planes parked.

“Boeing has built over 450 planes that are on the ground, so the number of planes coming to market will suppress a lot of demand,” said Ernie Arvai, president of Air Insight Group.

“Boeing will have to absorb these planes first. Production rates will therefore remain relatively low for some time. “ 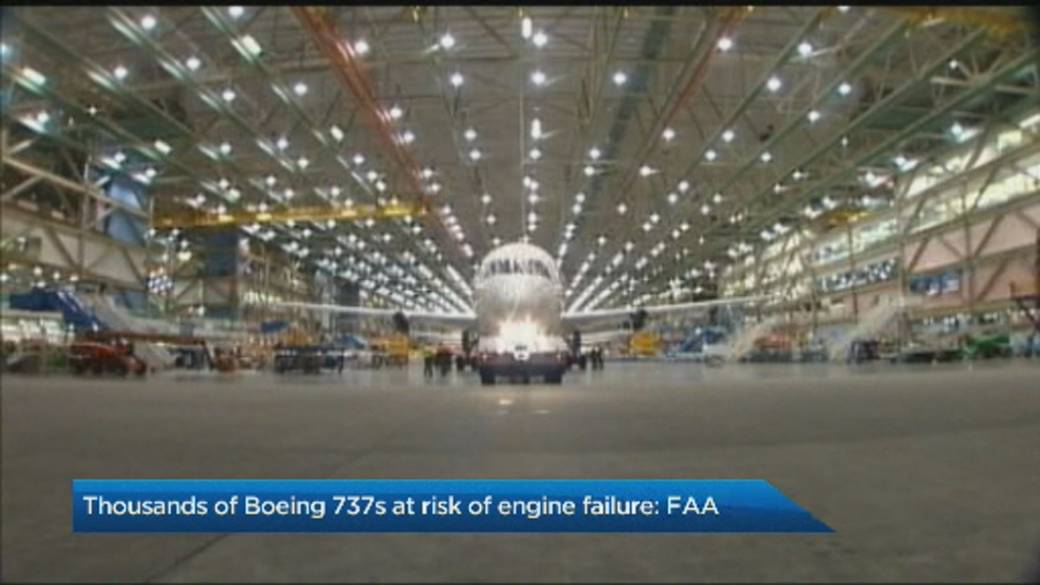 With so many planes in stock and airlines suffering huge financial losses, many operators will be reluctant to place new orders and find it difficult to accept planes they have already signed on to.

Taking on new 737 MAX aircraft could be particularly difficult when their existing fleet may not have the same reputation issues as the MAX.

“The problem with Boeing is that its contract stated that if it couldn’t deliver planes within a year of schedule, the customer could give up all or part of that order,” Arvai said.

“This is why we have seen a good number of cancellations at Boeing, because there is no penalty for walking away, given the delay that Boeing had with the grounding of the plane.”

In Boeing’s favor, the main carrot offered by the 737 MAX is its fuel efficiency, compared to older variants, but ultimately, like any industry, air travel is driven by customer demand.

If passengers decide they don’t want to fly a 737 MAX, airlines will be forced to listen.

READ MORE: Air Canada to revamp Aeroplan program in a bid to recover from coronavirus

Air Canada and WestJet are among the airlines that will notify passengers of the aircraft model at the time of booking, although late changes to the aircraft type on the day of a flight are always possible.

Air Canada currently has 24 Boeing 737 MAX seated on the ground, with 26 more on order.

WestJet has 12 of them, with 43 more expected to be delivered in the coming years.

“What no one knows yet is what the consumer reaction will be to the MAX (return),” said Arvai, who noted that passengers can now be much more informed than they were in the past. .

“In the previous situations, the DC-10, the Lockheed Electra, the de Havilland Comet – where we had safety issues and accidents caused the plane to run aground – this was long before the impact of the social media and the Internet.

This month, the U.S. Federal Aviation Administration (FAA) announced it was proposing to require four key design and operational changes before the MAX can return to service.

These will be: updated flight control software; revised display processing software to generate alerts; a review of certain flight crew operating procedures; and changes in the routing of some wire harnesses.

Transport Canada and the European Union Aviation Safety Agency both have their own concerns about the safety of the MAX before allowing it to resume service.

York Region has avoided a lockdown. But with “worrying” COVID-19 numbers, can he escape the fate of Peel and Toronto?

Amazon: Amazon plans to extend warehouse closings in France until May 18 – Latest News

France registers 13 new deaths due to COVID-19, its lowest level since 10 March