Amid the global debate over race relations, colonialism and slavery, some of the Europeans and Americans who have made their fortunes in the human trade have seen their legacies reassessed, their statues toppled and their names removed from public buildings.

Nigerian journalist and novelist Adaobi Tricia Nwaubani writes that one of her ancestors sold slaves, but argues that he should not be judged by today’s norms or values.

My great-grandfather, Nwaubani Ogogo Oriaku, was what I prefer to call a businessman, of the Igbo ethnic group from south-eastern Nigeria. He sold a number of products, including tobacco and palm products. He also sold human beings.

“He had agents who captured slaves from different places and brought them to him,” my father told me.

The slaves of Nwaubani Ogogo were sold through the ports of Calabar and Bonny in the south of what is today known as Nigeria.

People of ethnic groups along the coast, such as the Efik and Ijaw, generally acted as longshoremen for white traders and middlemen for Igbo traders like my great-grandfather.

They loaded and unloaded ships and provided foreigners with food and other provisions. They negotiated the prices of hinterland slaves, then collected royalties from sellers and buyers.

About 1.5 million Igbo slaves were shipped across the Atlantic Ocean between the 15th and 19th centuries.

Over 1.5 million Africans were shipped to what was then called the New World – the Americas – via the port of Calabar, in the Gulf of Bonny, making it one of the biggest exit during transatlantic trade.

The only life they knew

Nwaubani Ogogo lived in a time when the strongest survived and the bravest excelled. The concept of “all men are created equal” was completely foreign to the traditional religion and law of his society.

It would be unfair to judge a 19th century man according to the principles of the 21st century.

Evaluating the past of the African people by today’s standards would force us to view the majority of our heroes as villains, denying us the right to fully celebrate anyone who has not been influenced by Western ideology.

Igbo slave traders like my great-grandfather did not suffer from a crisis of social acceptance or legality. They did not need any religious or scientific justification for their actions. They were simply living the life in which they were raised.

It was all they knew.

The most popular story I have heard about my great-grandfather was how he managed to confront officials of the British colonial government after seizing some of his slaves. 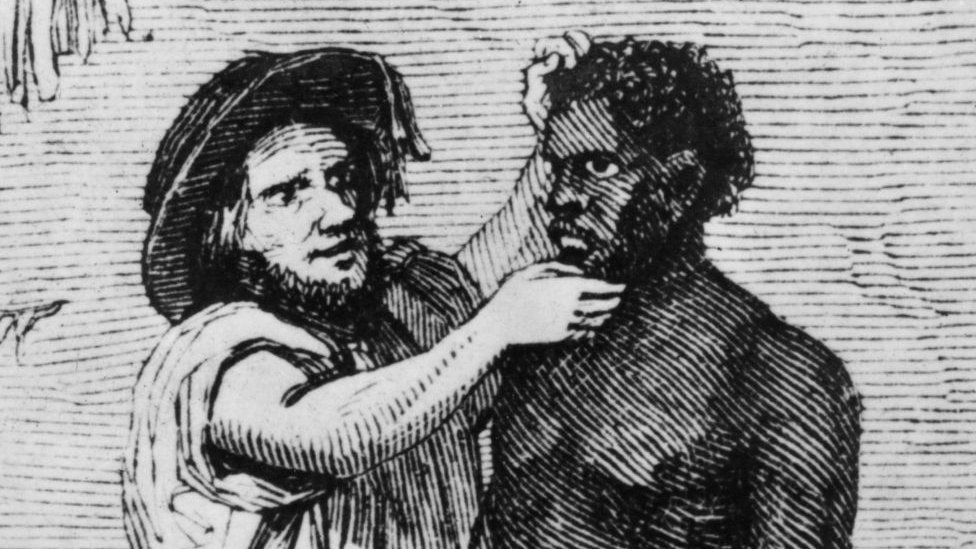 The slaves were transported by intermediaries, with a batch of tobacco and palm products, from the hometown of Uwahia to Nwaubani Ogogo to the coast.

My great-grandfather apparently didn’t think it was fair that his slaves were seized.

The buying and selling of human beings among the Igbo had taken place long before the arrival of Europeans. People became slaves to punish crime, payment of debts or prisoners of war.

The successful sale of adults was seen as a feat for which a man was hailed by singers of praise, akin to feats in wrestling, warfare, or hunting animals like the lion.

Igbo slaves served as servants and workers. They were also sometimes sacrificed in religious ceremonies and buried alive with their masters to care for them in the World to Come.

Slavery was so ingrained in culture that a number of popular Igbo proverbs refer to it:

The arrival of European merchants offering guns, mirrors, gin and other exotic goods in exchange for human beings has massively increased the demand, which has led people to kidnap and sell them.

How slaves were traded in Africa

The trade of Africans continued until 1888, when Brazil became the last country in the Western Hemisphere to abolish it. 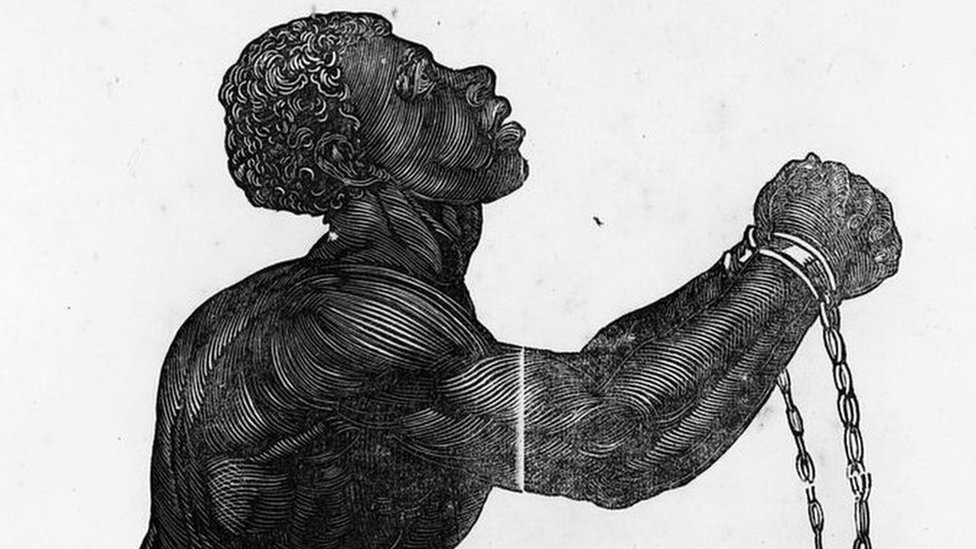 We believe that this trade must continue. This is the verdict of our oracle and our priests ”

When the British extended their dominion to south-eastern Nigeria in the late 19th and early 20th centuries, they began to impose abolition by military action.

But by using force rather than persuasion, many local people such as my great-grandfather may not have understood that abolition was about the dignity of humanity and not just a change of economic policy that affected demand and supply.

“We believe this trade must continue,” infamously a local king of Bonny in the 19th century.

“This is the verdict of our oracle and our priests. They say that your country, no matter how big, can never stop a trade ordained by God. “

As for my great-grandfather, he held a bona fide business license from the Royal Niger Company, a British company which operated trade in the region during the last quarter of the 19th century.

When his property was seized, an injured Nwaubani Ogogo boldly went to the responsible colonial officers and presented his license to them. They freed his property and his slaves.

“The whites apologized to him,” my father explained.

The slave trade in the 20th century

Acclaimed Igbo historian Adiele Afigbo has described the slave trade in south-eastern Nigeria which lasted until the late 1940s and early 1950s as one of the administration’s best kept secrets British colonial.

“The government was aware that coastal chiefs and major coastal traders continued to buy slaves from the interior,” Afigbo wrote in The Abolition of the Slave Trade in Southern Nigeria: 1885 to 1950.

He added that the British tolerated the current trade for political and economic reasons.

They needed the chiefs of the slave trade for effective local governance and for the expansion and growth of legitimate trade.

Sometimes they also closed their eyes rather than jeopardizing a useful alliance, as it seems when they made the slaves of Nwaubani Ogogo.

This incident deified Nwaubani Ogogo among his people. Here is a man who has successfully faced the white powers overseas. I heard the parent story and read it.

It was also the start of a mutually respectful relationship with the colonialists that led Nwaubani Ogogo to be appointed Supreme Leader by the British administration.

He was the government’s representative to the people of his region, in a system known as the indirect rule. 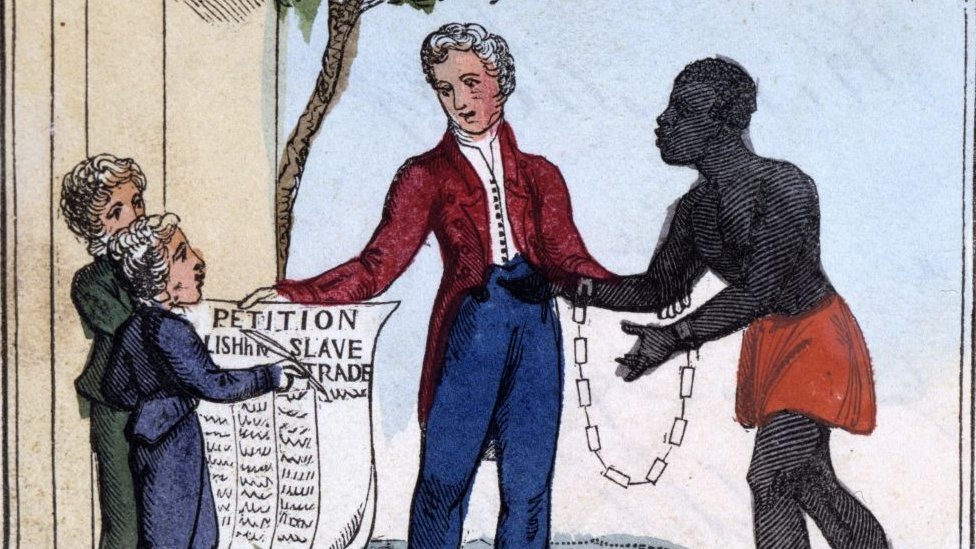 How the UK abolished slavery

The archives of the National Archives of the United Kingdom at Kew Gardens show how desperately the British fought to end the internal slave trade for most of the duration of the colonial period.

They promoted legitimate trade, particularly in palm products. They introduced English currency to replace the heavy brass rods and cowries that merchants needed slaves to transport. They prosecuted those convicted of prison terms.

“In the 1930s, the colonial establishment was worn out,” wrote Afigbo.

“As a result, they had come to place their hope of the extirpation of trade on the corrosive effect over time of education and general civilization. “

Working with the British

As supreme leader, Nwaubani Ogogo collected taxes on behalf of the British and earned a commission for himself in the process.

He has presided over cases in Aboriginal courts. He provided workers for the construction of the railroads. He also voluntarily donated land to missionaries to build churches and schools. 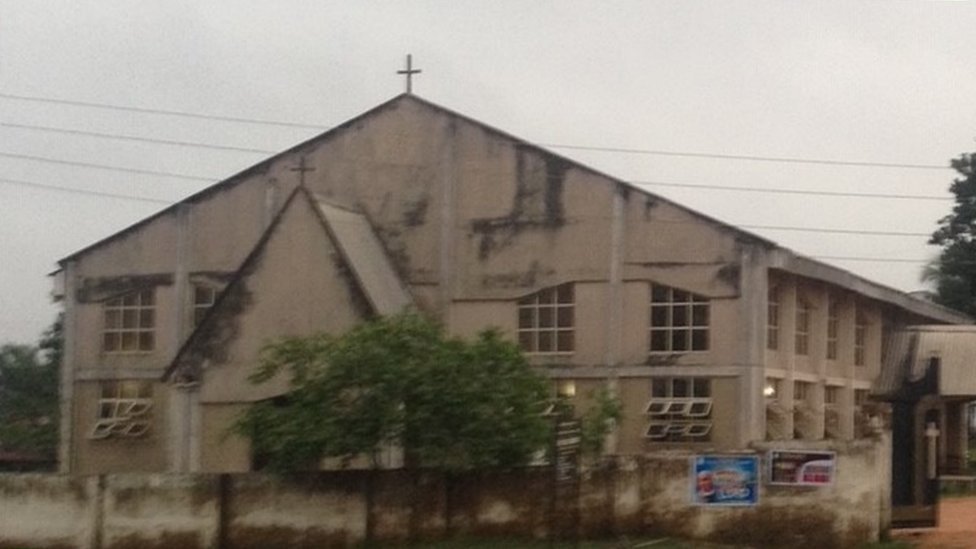 My great-grandfather is renowned for his business prowess, his strong leadership, his immense contribution to society and the advancement of Christianity. ”

The house where I grew up and where my parents still live is on land that has belonged to my family for over a century.

It was once the site of Nwaubani Ogogo’s guesthouse, where he hosted visiting British officials. They sent him envelopes with extracts from their hair to let him know when they were due.

Nwaubani Ogogo died at the start of the 20th century. He left behind dozens of wives and children. There is no photograph of him but he would have been remarkably pale.

In December 2017, a church in Okaiuga, Abia State, southeastern Nigeria, celebrated its centenary and invited my family to receive a posthumous award in their name.

Their records showed that he had provided an armed escort to the first missionaries in the area.

My great-grandfather was renowned for his business prowess, his exceptional audacity, his strong leadership, his vast influence, his immense contributions to society and the advancement of Christianity.

Igbo people do not have the culture of erecting monuments in honor of their heroes – otherwise the one dedicated to him could have been somewhere in the Umuahia region today.

“He was respected by everyone,” my father said. “Even the whites respected him. “

Pre-commercialization actions: the struggle between the United States and China is not going away. This proves it

Dead man banned from own funeral after arriving in chair

Coronavirus: 241 new cases confirmed in Alberta while 4 other people...

Coronavirus cases in Quebec continue to rise, with province reporting 1,009...

A neglected and possibly fatal coronavirus attack: an urgent need for...

NASA astronaut to vote in 2020 presidential election from space

Open Your Windows – And Four More Ways To Improve Home...

Ship that oozed oil off Mauritius splits in two