JetBlue is taking this opportunity to relaunch its route network. A few weeks ago, the airline announced it would bring Mint service to Newark and add dozens of point-to-point recreational routes.Now the airline is changing its strategy in Southern California.

JetBlue has long been the largest airline from Long Beach, although it has also operated flights from Burbank, Los Angeles and Ontario, and therefore has had a fairly diverse presence in the greater Los Angeles area.

With JetBlue coming out of Long Beach, new strategy is for JetBlue to make LAX its primary base of operations in the greater Los Angeles area.

This advances JetBlue’s targeted city strategy and strengthens relevance for the airline in one of the busiest markets in the world (LAX is the busiest O&D market in the world, which means more people start or end their trip to LAX than any other airport).

With this change, we will see JetBlue operate almost all of the current LGB services outside of LAX, and also move the crew and maintenance bases, starting in October. The airline will continue to operate from LAX terminal 5.

Once the transition is complete, JetBlue will operate more than 30 daily flights to 13 destinations from LAX. 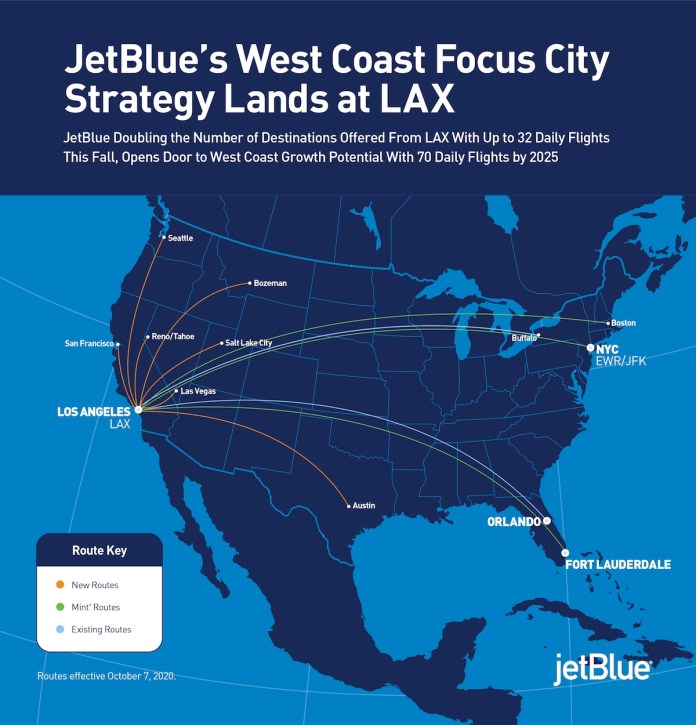 We will see JetBlue add LAX service to the following seven destinations (Portland service will not transition from LGB to LAX, but will be discontinued):

JetBlue currently operates transcon flights exclusively from LAX, and these will be maintained. This includes the following destinations:

Flights to Boston, Fort Lauderdale, New York and Newark are all operated by aircraft configured by Mint. 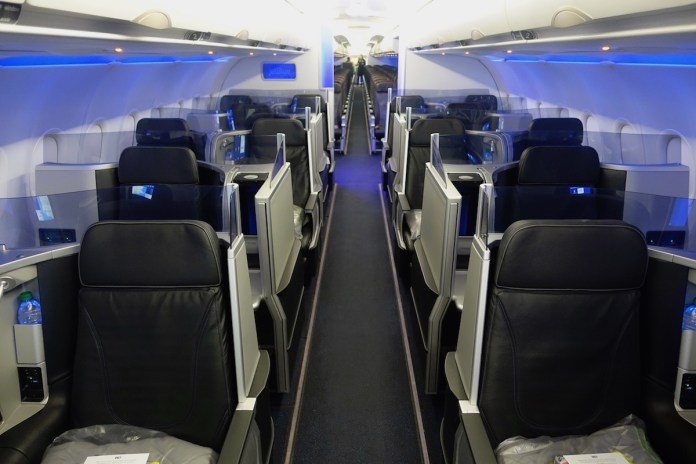 Beyond this initial increase in service at LAX, JetBlue plans to embark on strategic expansion over the next five years at LAX, with plans to reach 70 daily flights by 2025. This will include new markets, domestic and international, which have never had nonstop service to and from LAX.

Scott Laurence, revenue and planning manager at JetBlue, said the following about the new LAX direction:

“LAX is one of JetBlue’s most successful markets and offers the precious opportunity to grow significantly nationally and internationally while introducing our low fares on more routes. The transition to LAX, which serves as the anchor for our target city strategy on the west coast, places JetBlue towards success in Southern California. We continue to seize the opportunities to emerge from this pandemic a stronger competitive force in the industry. “ 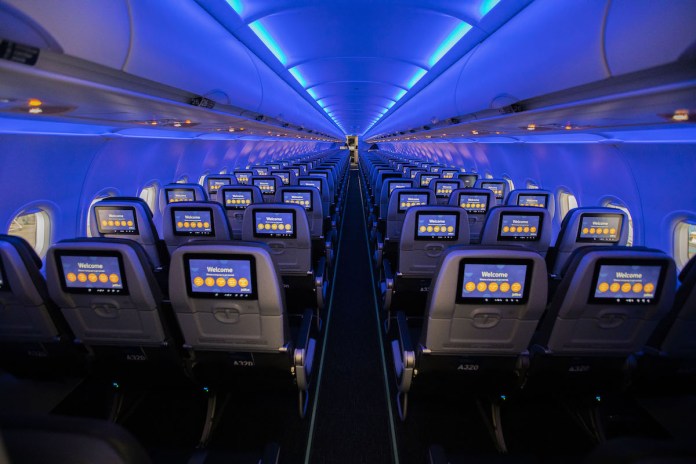 JetBlue plans to operate 70 daily flights from LAX by 2025

For the most part, airlines are fighting for survival right now. However, given the number of planes on the ground, this is also a good time for airlines to perhaps reset their strategies. It is clear that JetBlue is seizing this opportunity.

JetBlue’s strategy of operating at four airports in the Los Angeles area has long confused me, so it’s not surprising to see the airline pull out of at least one airport.

What do you think of the change in JetBlue’s strategy?

Publix To Offer Coronavirus Vaccine In All Florida Stores

Coronavirus: Canada should invest in facilities to manufacture vaccines for next pandemic, says Moderna co-founder

April 2020 tied for the hottest record ever: EU climate service

Felicity Kendal, 73, looks young in sportswear at a yoga store