Arsenal goalkeeper Emiliano Martinez reveals how post office confusion led to his first name being registered as Damian … but he insists on being called Emi as he hopes to guide the Gunners to glory of the FA Cup against Chelsea.

By Adrian Kajumba for Mailonline

Emiliano Martinez has revealed the true story of his real name.

Official documents indicate that the Arsenal keeper’s first name is Damian rather than Emiliano.

And he explained: “My name was actually going to be Emiliano Damian on my Argentinian ID card, but when my mother went to the post office to do it, I don’t know where she did it, she was waiting for hours and hours in the queue. and when they did, they put Damian Emiliano first.

“To do it again, she would have to wait two, three hours, so she said, ‘It’s okay, do it like that, we’ll call her Emi anyway. “

“So my name was always going to be Emiliano Damian, but obviously when I signed here everyone always called me Damian because that was my first name.

“It was a little confusing but now everyone calls me Emi. 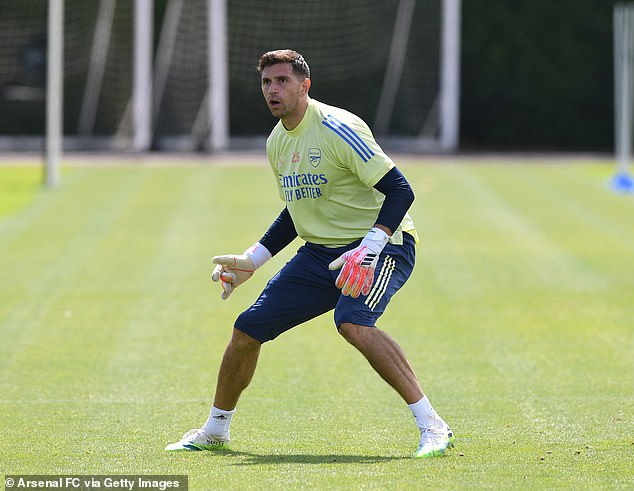 He also confirmed that his insistence on Emiliano had nothing to do with taking Mickey while he was at Arsenal academy to have a name similar to a fictional character called Damien, who is the son of the devil. in the movie The Omen.

“No, no, that’s not true,” Martinez clarified. “Not true at all.

Greg Vanney steps down as head coach of Toronto FC

The three quarantines of the quarantined Broncos are again tested negative