A car drove through a crowd and a protester was shot dead in suburban Denver, Aurora, during protests against racial injustice.The Aurora Police Department said on Twitter that protesters were marching on Interstate 225 on Saturday when a vehicle passed by.

Police said a protester fired a gun, hitting at least one person who was taken to a hospital in stable condition.

Someone else came to the hospital with a scratch wound.

The vehicle has been towed and we are investigating this incident.

All witnesses to the shooting are asked to call @CrimeStoppersCO. pic.twitter.com/Mxm6LyXtu0

Authorities said the vehicle had been towed and that they were investigating. Protesters also smashed courthouse windows and a fire broke out in an office, police said. An illegal gathering was declared and police ordered protesters to leave the area, authorities said.

Tensions have escalated over recent protests against racial injustice since federal officials were dispatched to quell protests in Portland, Oregon. Police declared a riot in Seattle on Saturday.

Protests sparked by the May 25 death of George Floyd, a black man from Minnesota who died after a white officer held him to the ground with a knee to his neck, also highlighted other cases of deadly police violence. 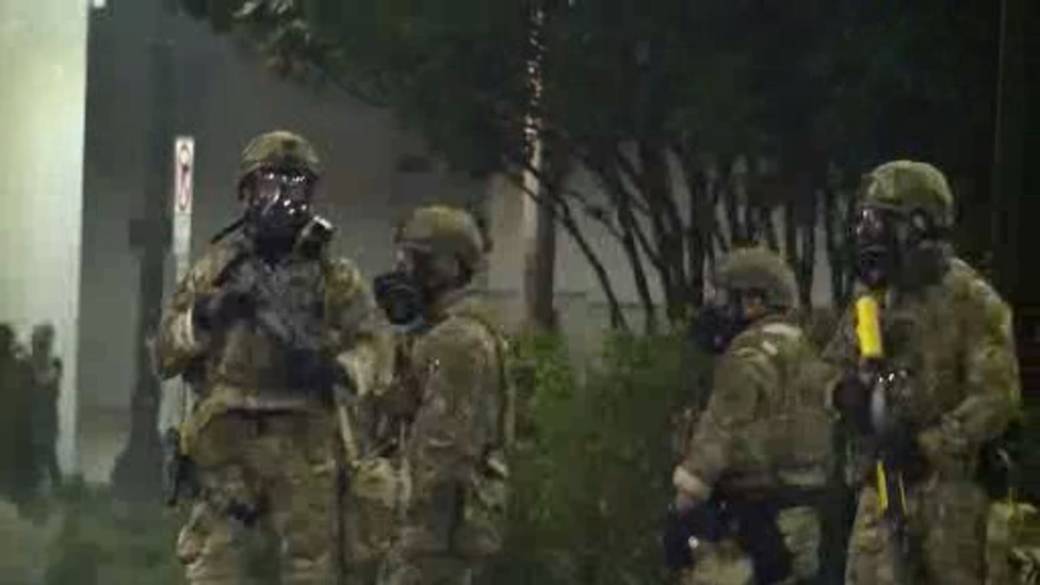 In Colorado, protesters have drawn attention to the death of Elijah McClain, who was arrested by police while walking on an Aurora street in August 2019 after a 911 caller reported him as suspect. The police choked him and paramedics administered 500 milligrams of ketamine, a sedative, to calm him down. He went into cardiac arrest, was later declared brain dead and removed from the life support system.

Bret Easton Ellis: “Being canceled made me love part of the...