Brazilian President Jair Bolsonaro said Wednesday that he had tested positive for the new coronavirus for the second time, following his July 7 announcement that he had COVID-19.”I did the test yesterday, and at night, the result came back that I’m still positive for the coronavirus,” said Bolsonaro. “I hope that in the next few days I will do another test and, God willing, everything will be fine to return to the activity soon. “

Brazil’s Bolsonaro says hydroxychloroquine will cure coronavirus despite no evidence

The far-right leader said he did not experience any serious symptoms of the illness while he was secluded at the presidential residence in the capital of Brasilia.

According to the World Health Organization, the median time from onset to clinical recovery for mild cases is approximately two weeks.

Before his diagnosis, Bolsonaro had spent several of his weekends since the start of the pandemic mixing with the crowd, sometimes without wearing a mask. He is treating his COVID-19 with hydroxychloroquine, an antimalarial drug, although it has not been proven to work against the virus. 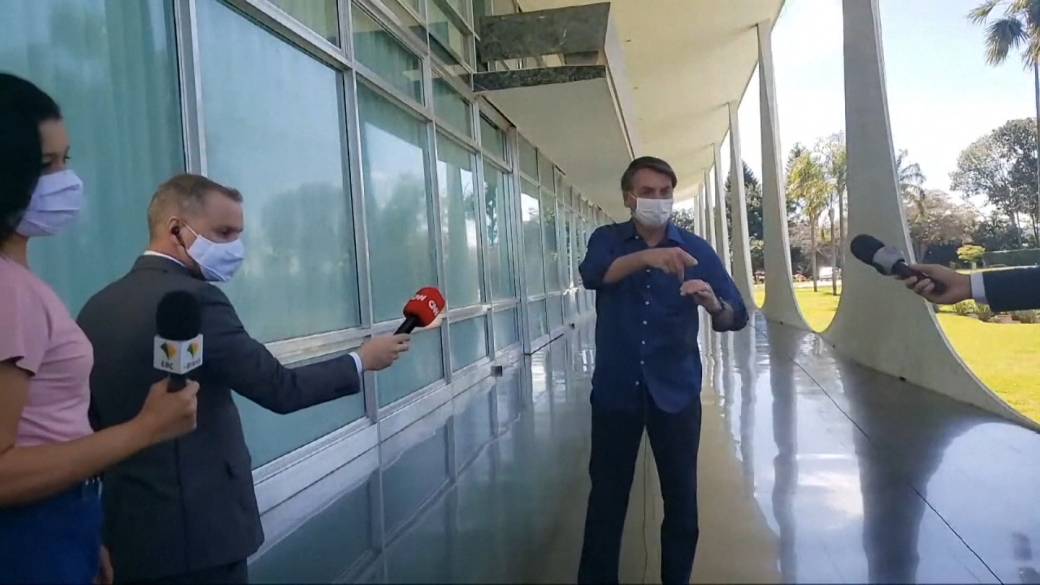 Brazil, the sixth most populous nation in the world with 210 million inhabitants, is one of the epicenters of the epidemic. According to government statistics, more than 75,000 Brazilians have died from COVID-19 and nearly 2 million have been infected. These two figures are the second highest totals in the world, behind those of the United States.

[ Sign up for our Health IQ newsletter for the latest coronavirus updates ]
The administration of Bolsonaro ended Wednesday two months without Minister of Health. Acting Minister General Eduardo Pazuello, who had no experience in the field before April, faces pressure to leave his post. He took over after his predecessor, a doctor and health care consultant, resigned to protest against Bolsonaro’s support for the use of related drug hydroxychloroquine and chloroquine.

“We know there is no scientific evidence, but it worked with me,” Bolsonaro said on Facebook on Wednesday. “The future will say whether this remedy is effective or not. It was for me. I believe it. If so, many people were wrong. Responsible people. ”

Latest travel news: Vaccine passports for travelers are ‘must’

Most students continue to learn from home

Can COVID-19 vaccines be mixed and matched?

COVID-19: Alberta’s positivity rate drops below 5% for the first time in almost 12 weeks

The worst European result of the decade for every CL club

NFLPA tells players there will be no preseason, training camp numbers cut to 80