After a three-month hiatus due to the coronavirus pandemic, the Premier League is back on Wednesday evening.

Aston Villa against Sheffield United and Manchester City against Arsenal are the two games that will kick off England’s elite recovery.

However, due to the deadly nature of Covid-19, there is a plethora of protocols in place that will modify the beautiful game as we know it at the moment.

With the return of the Premier League, many innovations are planned to improve the viewing experience for fans at home 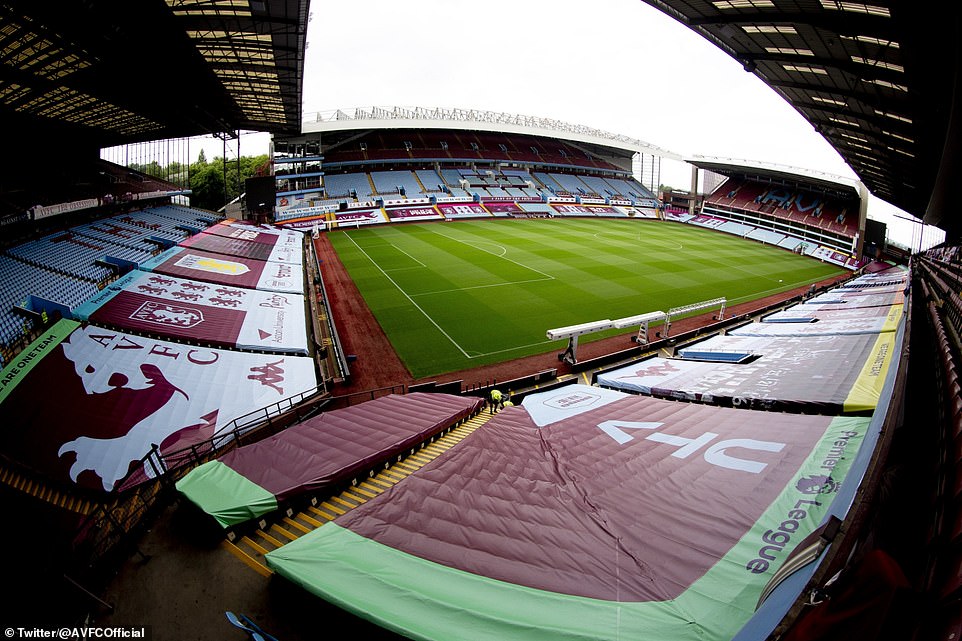 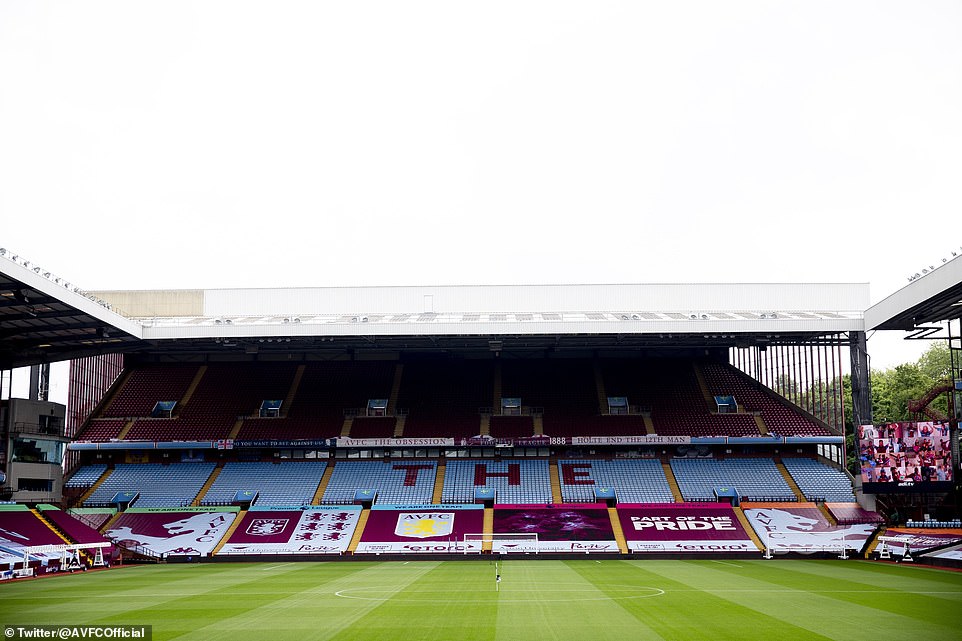 However, football will not be the same as before for the foreseeable future due to the coronavirus pandemic 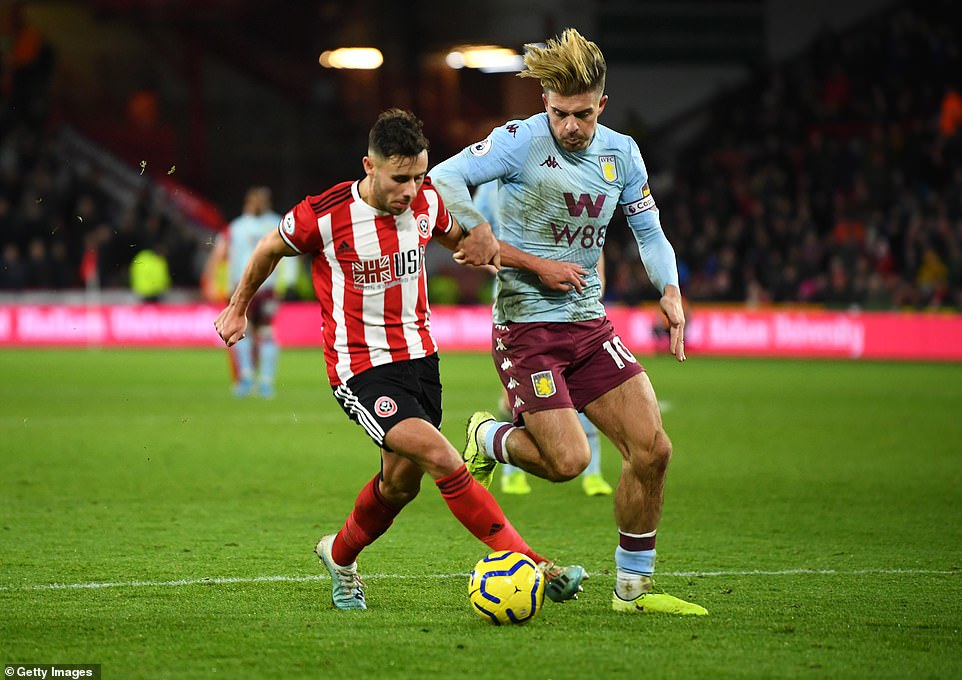 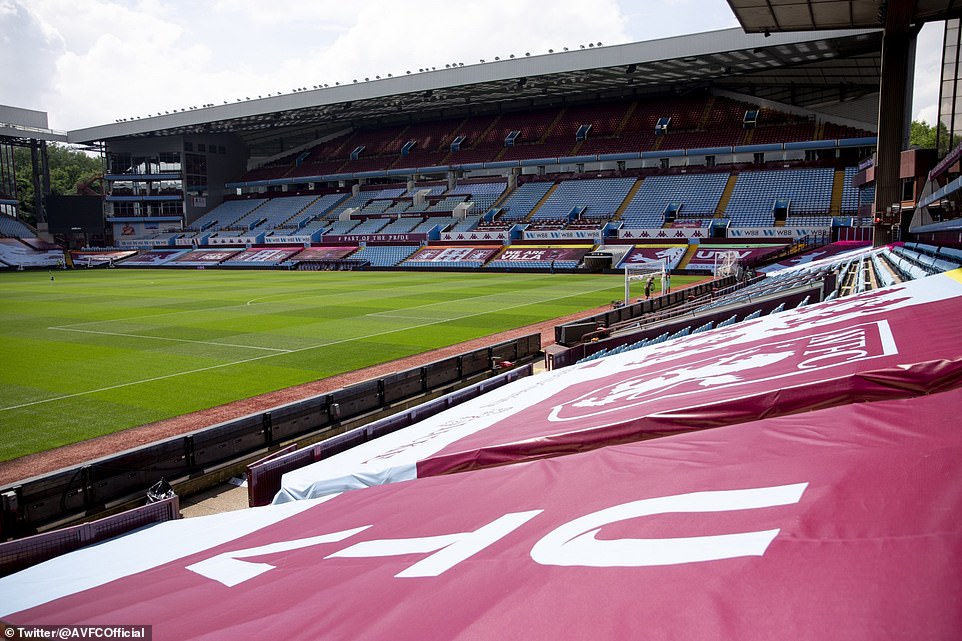 What are the changes in television viewing?

Since no supporter is allowed to enter the field due to social isolation, the TV companies have worked hard with the Premier League to ensure a better viewing experience from your own home. This means that many new ideas have been introduced.

The most obvious will be the audible experience. In the absence of fans, football will be played in strange silence with viewers capable of hearing player instructions and calls. To counter this sterile atmosphere, Sky Sports and BT Sport offer “Watch Together” features.

Similar to Zoom calls, BT Sport will allow subscribers to see and chat with friends in split screen mode during the game. 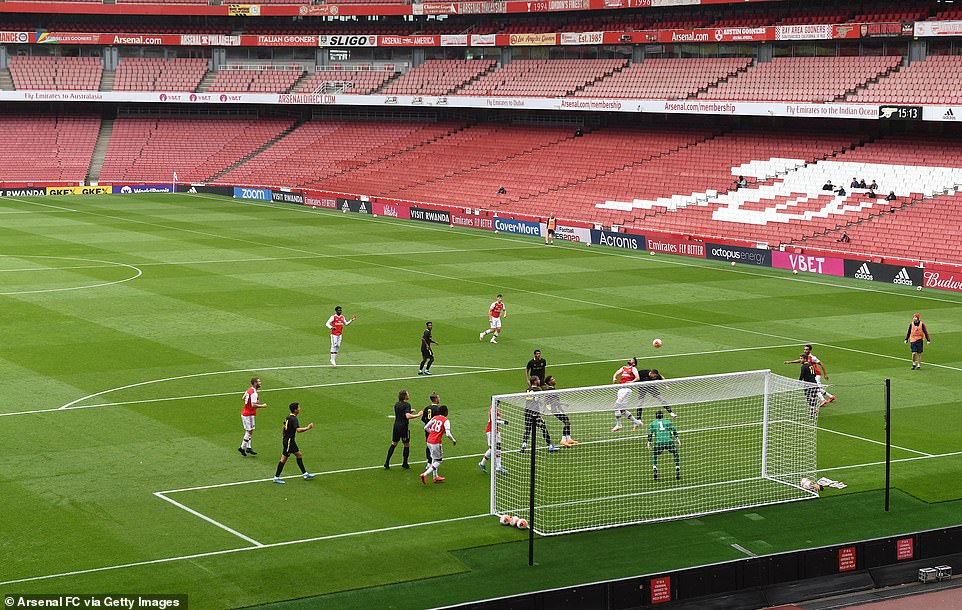 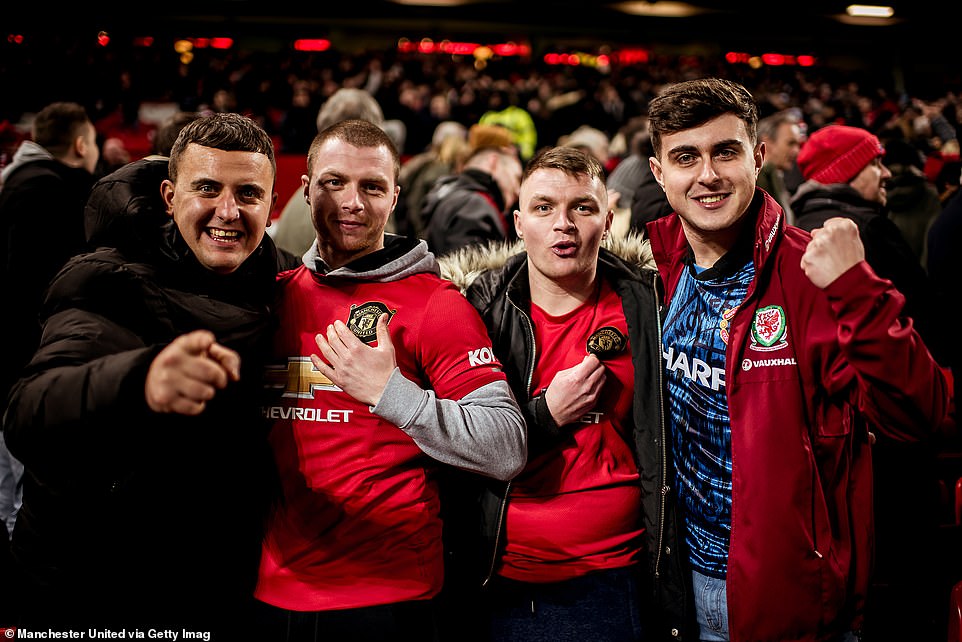 However, the Premier League and its TV broadcasters have thought about ways to ensure fans can always “watch” the games together

Meanwhile, Sky is rolling out “Fanzone”, a feature on its digital platforms that allows users to watch selected matches with friends in a video room. The platform offers a live chat function, the publication of forecasts, participation in match surveys and the use of Sky Sports statistics.

If these are not for you and you want to watch the game in peace, but with an atmosphere, don’t worry as this has also been taken care of.

The use of artificial sounds is an optional feature for viewers. As explained in detail by Sportsmail, the use of false fan noise is available via the red button courtesy of EA Sports FIFA’s ‘Atmospheric Audio’. There is an archive of 1,300 songs and crowd sounds recorded for the famous FIFA video game series. Sky immersed itself further by allowing you to vote for what you would like to hear by doing it on your phones.

From a visual point of view, supporters will get a deeper insight into the pre-game customs. Now there will be cameras in the player tunnel allowing you to see the full extent of what’s going on. Camera operators are prohibited from entering the tunnel, but there will be fixed cameras in each tunnel.

In addition, with the traditional draw to decide who kicks off, you will be able to hear this dialogue now as it will be broadcast live.

Another new feature is that there will be a special celebration camera so that players can also strut if a goal has been scored. Expect to see inventive celebrations in order to “play to the camera.” 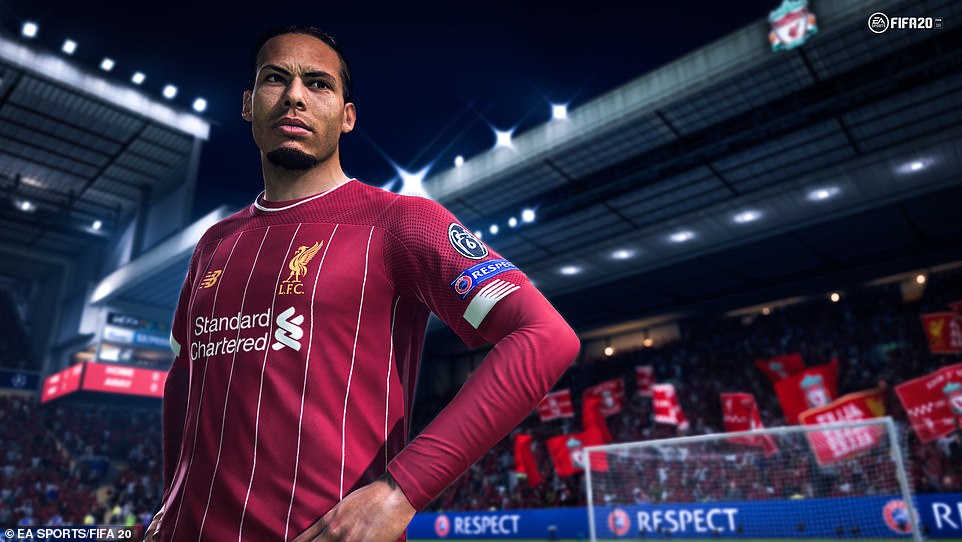 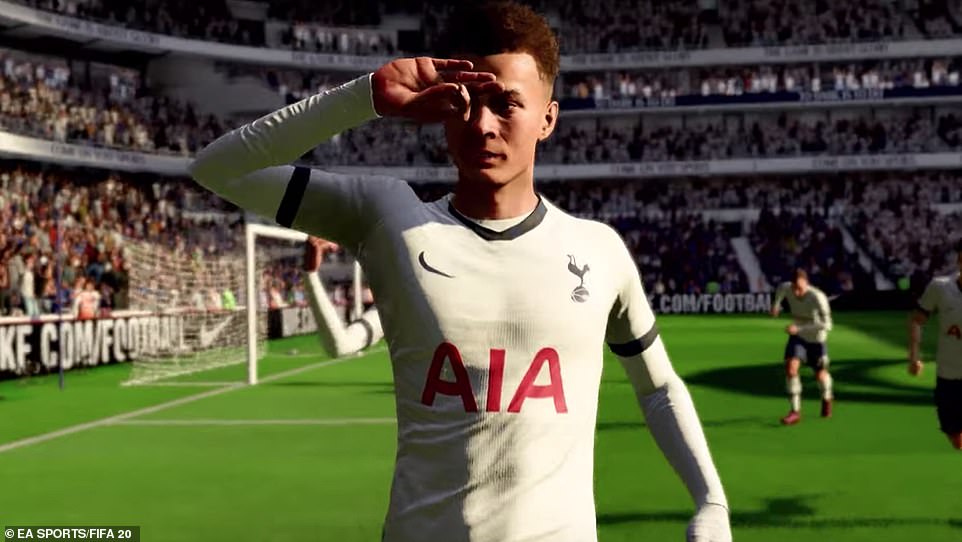 EA Sports has built up a large sound archive of over 1,300 songs, songs and sounds that broadcasters plan to use

The camera, which will be at a fixed point on the side of the goal and which will not have a cameraman, is intended to encourage players to communicate their celebration to fans watching at home, given the sterile atmosphere of the grounds blanks and bans on the usual team lot that follows a goal.

From a presentation standpoint, viewers can still expect to see and hear the main journalists and commentators around the field. Sky Sports executive director Steve Smith confirmed at Villa Park tonight that Kelly Cates will present Aston Villa’s cover against Sheffield United. It will be joined in the ground by an expert, and Sportsmail columnist, Jamie Redknapp. Rob Hawthorne, Andy Hinchcliffe and Pat Davison will join them as part of the “talent”.

For tonight’s big Etihad game between Manchester City and Arsenal, Martin Tyler and Gary Neville will be in the comment box – sitting at a safe distance from each other. Jamie Carragher will be a traveling reporter and will be positioned around the ground to closely follow where the big incidents are – however, he will have to do it via the stands and not at the edge of the field. Dave Jones will present the cover alongside specialist Micah Richards, while Geoff Shreeves will also be there. Experts and presenters will not be allowed on the edge of the field, so they will broadcast from the stands.

In addition, there will only be one Sky cameraman for matches – which will of course be tested in the same way as players, club staff and match officials. Interviews with players and managers before and after games will take place at the edge of the field (rather than in the tunnel) and will be conducted remotely.

Despite the strong presence this evening, in general, many games will be delivered by Sky Studios to Osterley. BT Sport will adopt a similar policy for its base in Stratford. 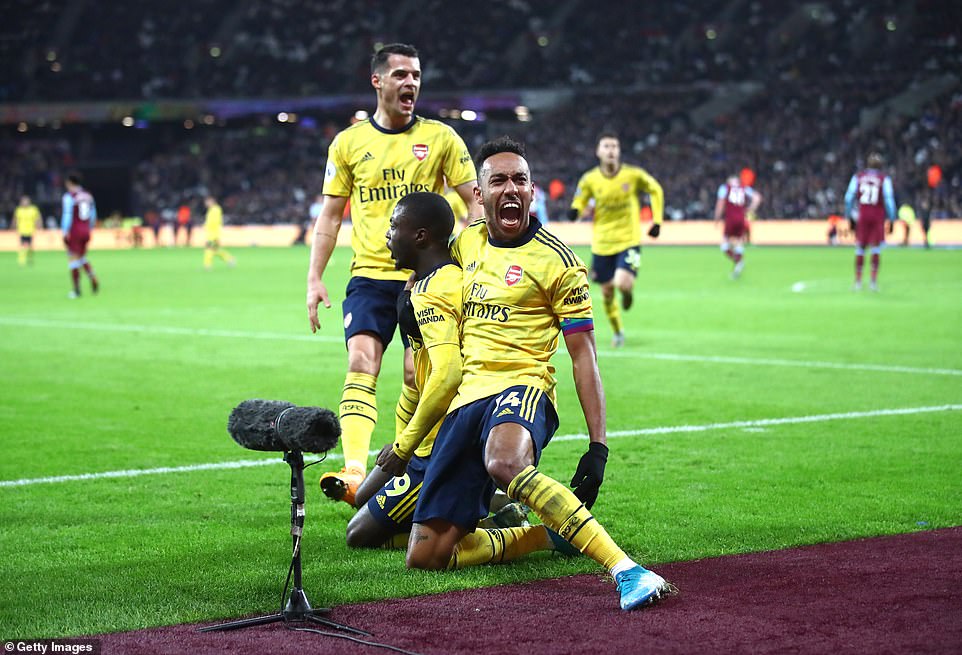 In addition, players will have a designated “celebration camera” to which they can run after scoring a goal during a game.

So what will be different in the stadium?

To counter the risk of injury and fatigue, each team will be authorized to make five replacements per match instead of the traditional three. To alleviate this problem, managers will be able to choose from nine replacements instead of the usual seven. However, all potential replacements must be socially behind, which means they will be seated in the stands behind the canoes.

There will also be a noticeable change in the players’ jerseys. This week, all kits will carry an NHS logo, as well as that of the Black Lives Matter – which will also replace the names of the players on the back of their shirts.

Until recently, the Premier League had a policy opposing political statements on the pitch – but that changes after players made clear their intention to project the BLM message last week.

The NHS and BLM badges will remain on each club’s kits for the rest of the season. Player names are only replaced for the first 12 games. 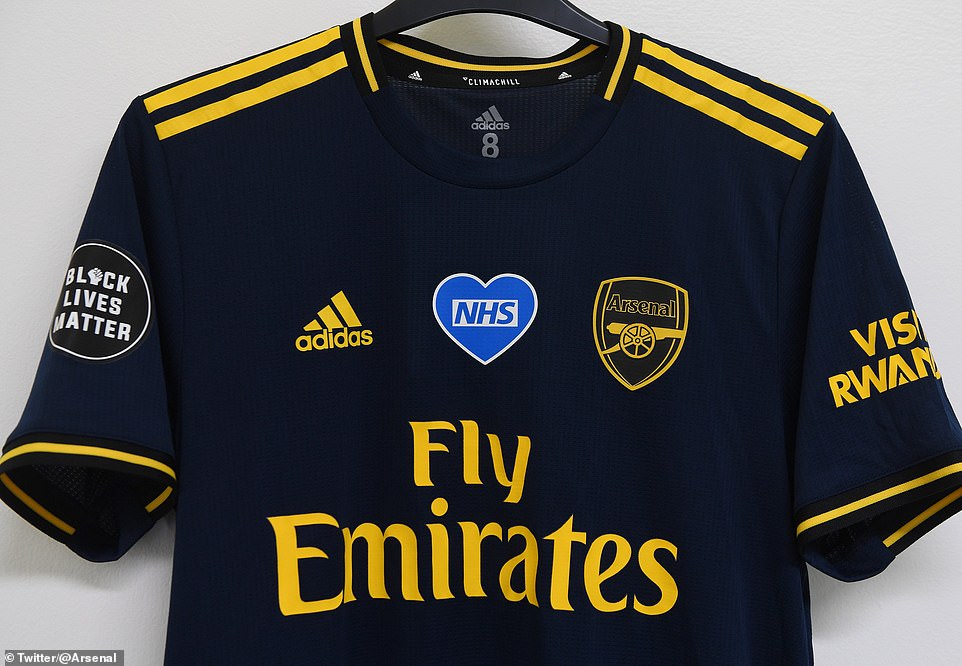 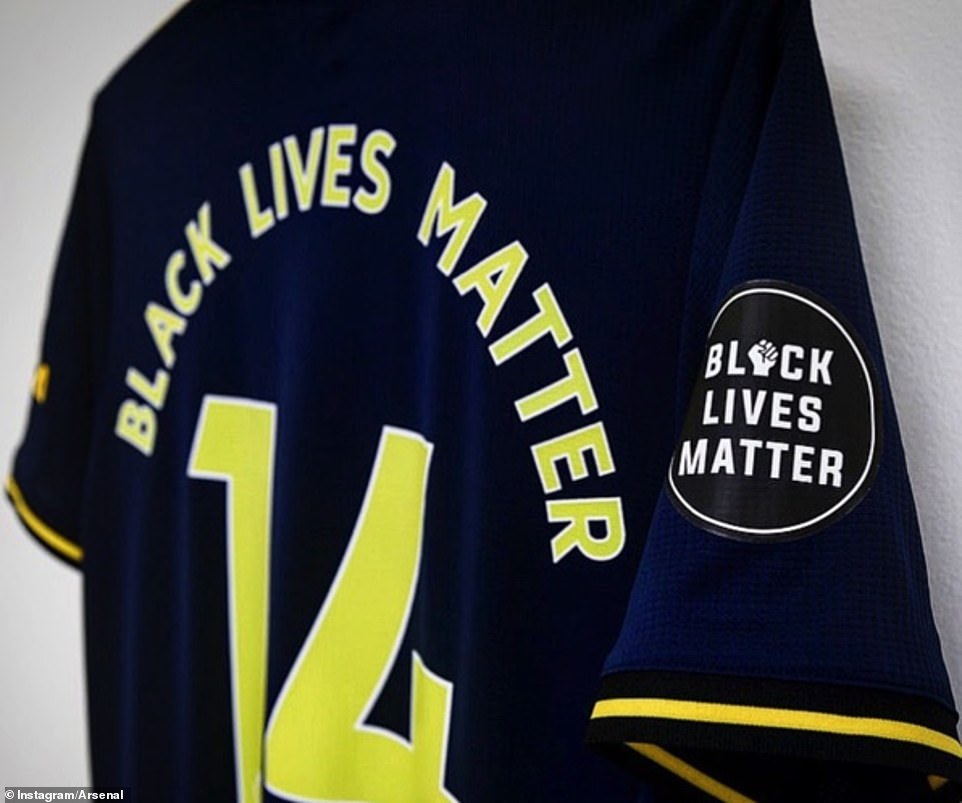 From a game perspective, all match balls, goal posts, corner flags and substitution boards will be disinfected to prevent the risk of spreading the coronavirus. To help further, there will be no ball boys allowed on the sites. Instead, spare balls will be placed around the playing fields for the players.

If applicable during the match, players must not join any mass confrontation or the surrounding match officials if they are upset by a decision. In the event that a goal is also scored, they must maintain a social distance – with the same request for post-match interviews as well.

During each half minute, a drink break will be allowed to allow players to rehydrate as well. 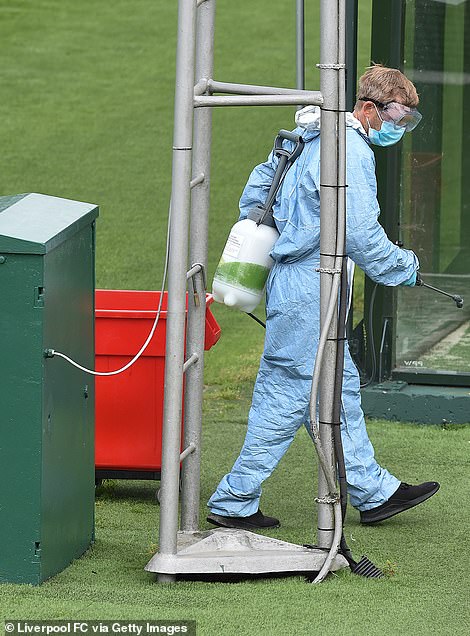 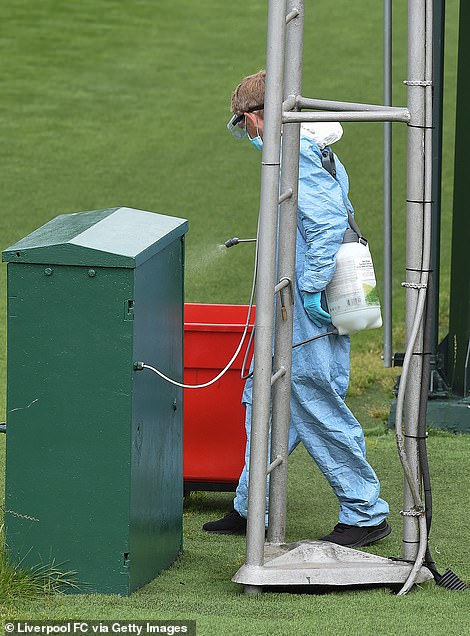 Before training today, Liverpool equipment was sprayed with disinfectant by a staff member at their Melwood base 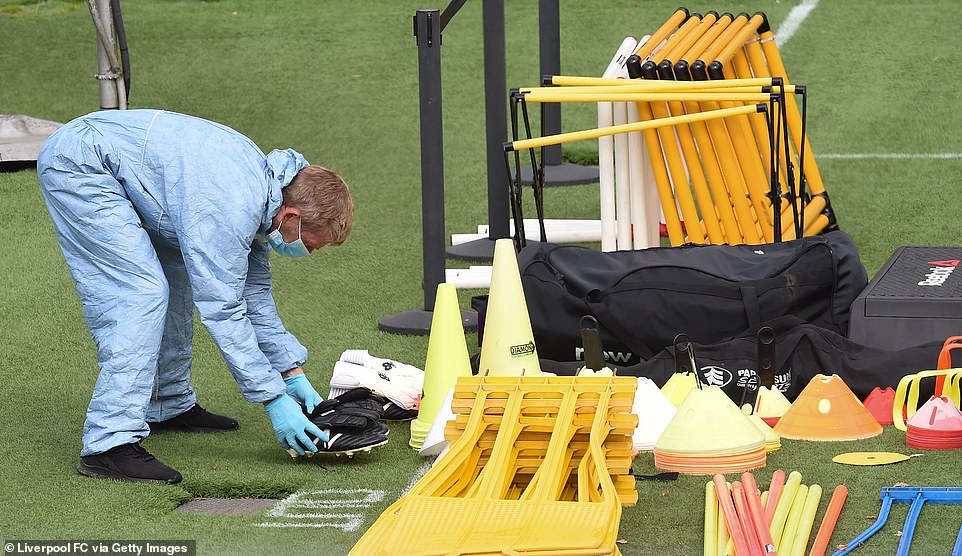 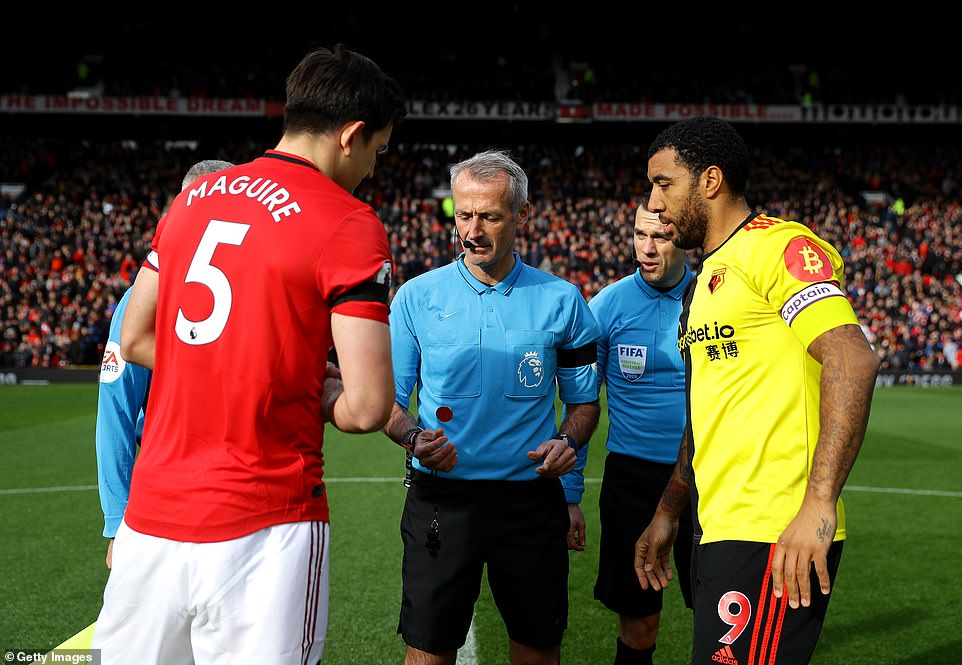 Brilliant, so where can I watch the games?

The remaining 92 Premier League matches will be broadcast on television, including 33 on free platforms. Sky Sports has 64 games including 25 free, BT Sport has 20 games and then Amazon Prime and BBC each have four which are all free.

For those who prefer radio, live commentary will be provided by BBC Radio 5 Live and talkSPORT.

Reopen the Canada-US border? Canadians say sorry, but no thanks

OnePlus explains the design of OnePlus Nord in an interview

Canada-US border closure to be extended by one month, officials say

“More Burberry dresses to come”: a luxury brand turns to the...

In the wild, says his family