This is the terrifying moment of a 5,000 ton crane folded in half as if it were rubber during testing.

The Orion ship, commissioned by the Belgian dredging company DEME, was to sail to the 950-megawatt Moray East offshore wind farm, 130 miles from Inverness. The accident can significantly delay construction.

Some people were slightly injured, the company said. Five other people were injured and two were taken to hospital, reports said. 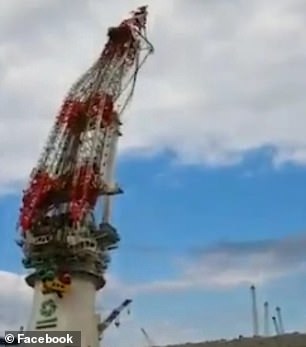 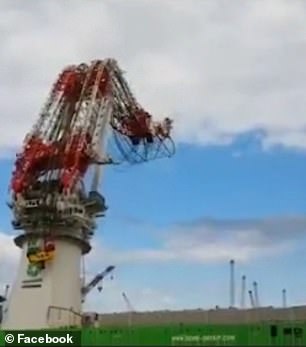 The 5,000-tonne crane was trying to lift a 1,814-tonne barge when it collapsed after its hook was released. It was moored in Rostock, Germany

Images posted online show the top of the crane falling suddenly before slamming into its base, sending shards of metal spraying on the ship.

The ship tilts to one side as it becomes unbalanced from the collapse.

Photos taken after the disaster show that one of the two metal supports of the crane broke in half. It is believed that the repairs could cost millions.

At the time, there were 120 people on the ship, police said.

The crane, which was designed to lift nine A380 580-ton fully loaded aircraft at a time, was attempting to lift an 1814-ton barge from the water at the time, reports Bloomberg.

Heavy wind towers need to be lifted into position during the construction of an offshore wind farm.

After working to lay the foundations for 103 towers at Moray, it was also planned to contribute to the 1.4 gigawatt Hornsea 2 project of Orsted A / S in the North Sea. 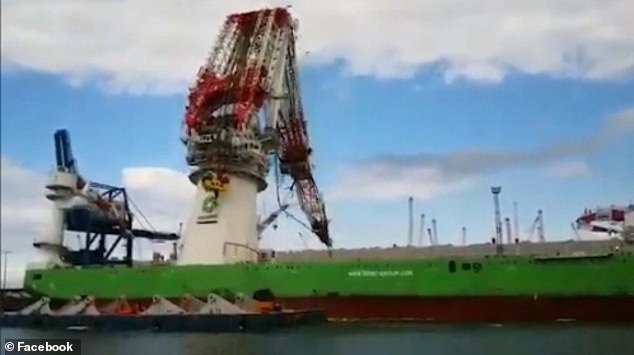 The ship was to help build the Moray East wind farm, which could now be significantly delayed by the accident 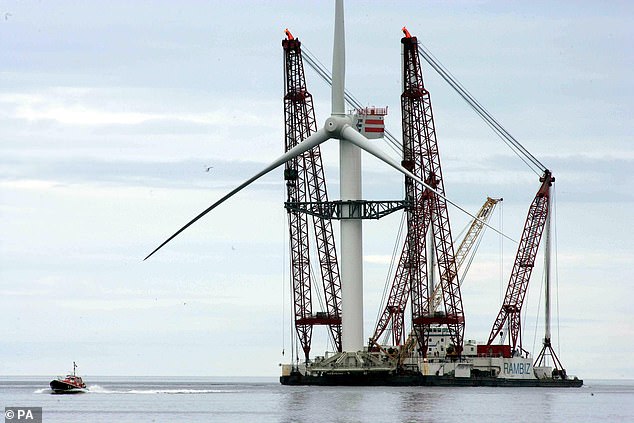 Cranes are essential to help build a wind farm. In the photo above, a turbine is being built at Cromarty Firth, Scotland, using a crane 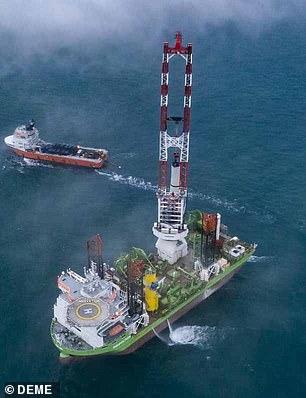 DEME told Vertikal.net in a press release that the crane collapsed because its hook detached from its connections, known as the tree.

“The crane has suffered significant damage and the ship will be investigated in the coming days and weeks,” they said.

The company is desperately looking for a replacement crane to keep the Scottish wind farm project on schedule.

The company said the ship is owned by Cosco (Qidong) Offshore co.

The crane had been built by Liebherr Maritime cranes and was the largest ever built, reports Insurance Marine News.

It was to be delivered to Orion in the second half of this month.

The Moray East offshore wind farm indicates that the line works were approved in 2014 and in 2017 it was agreed that a 950 megawatt offshore farm would be built.

“It will be delivered early in the next decade,” they said online.

The crane collapsed on Saturday May 2.

Brandon Saad is it worth picking up a flyer for Canadians?

Biden will restore multilateralism – but don’t expect a return to “an idealized past”:...