Sacramento police, trying to end a night of looting that went wild in parts of the city, stationed themselves at a downtown intersection on Sunday and started shooting pepperballs at a crowd about 200 people.

Shortly after midnight, police in riot gear were positioned on 21st and 3rd streets, west of the Midtown shopping district, and were ready to join the crowd approximately three hours after looting began in downtown. from Macy’s. They fired at noisy devices and tear gas canisters; some in the crowd picked up the cans and pushed them away, along with rocks and firecrackers.

Police issued an “illegal gathering” order on a megaphone and told the crowd to move another block east to 22nd street and then return home. The crowd continued to sing and fireworks. About 100 California Highway Patrol officers arrived to provide a backup. Sacramento Bee reporter Michael Finch reported that he was hit in the foot with what appeared to be a rubber bullet.

Looters seized goods from Macy’s and at least half a dozen other stores late Saturday after major protests against police brutality mostly ended at the Capitol and elsewhere in the city.

After a tense confrontation at Sacramento County main prison, where a group had broken down the front doors earlier today, a small group of protesters headed south toward Downtown Commons, a symbol of the city’s rebirth. downtown, and broke on the second floor. gates of Macy’s, a few hundred meters from the Golden 1 Center.

The looters appeared to have separated from the main demonstration, which was largely non-violent – although angry and vocal – throughout the day.

Some of them were seen missing Macy’s with goods around 9:30 p.m., and the group began to disperse as rumors circulated that Sacramento police were on their way.

Police in riot gear were seen heading to J Street about an hour after the looting began, and a spokesperson said the department “was bringing in additional personnel.” The sheriff’s deputies of Sacramento County and Yolo were called in to help, along with staff from the California Highway Patrol.

However, the looters apparently met with no resistance from the police as they passed through the city center, smashing spray-painted windows and walls.

Someone degraded the sculpture of renowned artist Jeff Koons in the center of DoCo Square, scribbling “BLM” and “ACAB” for Black Lives Matter and “All cops are bastards”. The $ 8 million artwork, called “Coloring Book,” is an 18-foot-tall sculpture of a colorful, mirror-polished stainless steel piglet and has been a staple of the place since its redevelopment in 2016 .

About two dozen looters also took over the Kicx Unlimited sneaker shop across from DoCo, and a window was smashed at the Golden 1 Credit Union branch near the arena. A group tried and failed to break the windows of Urban Outfitters.

The group also broke in and took goods from Navin’s men’s clothing store at the west end of DoCo before heading to Old Sacramento at approximately 9:45 p.m., leaving a trail of ties, buttons cuff and more in their wake. Inside the tunnel under I-5 to Old Sacramento, they disfigured the mural depicting the city’s historic leaders, writing “F – your story” in spray paint.

Back in downtown Old Sac, the looters started walking down K Street, breaking into a Metro / T-mobile store. People were seen wandering the street, wearing pairs of shoes and other clothing as they attempted to break into more stores and managed to break into Sharif jewelers.

Three other downtown stores were looted as the group headed east from the area around DoCo: California Loan & Jewelry, Eyes on J Optometry and a 7-Eleven. As the looters headed for Midtown, they went wild in the BevMo store in the 17th and J.

Around midnight, a squad of police set up a line in the 20th and Jth, where it looked like they were going to try to stop the group’s progress to the east. Sirens sounded as a group chanted “No justice, no peace”, one of the slogans that was repeated throughout the day’s protests.

A group of ten police officers were sent to the Target store on Riverside Boulevard, where some of the glass doors were broken. It was not immediately known if anyone had taken anything from the store.

The Target chain, meanwhile, had already announced that it would temporarily close the Riverside Boulevard store and three others in the Sacramento area as part of the closure of dozens of stores across the country.

Target had become a visible symbol of nationwide protests after a store was looted during the initial riots in Minneapolis, where the death of unarmed black man George Floyd at the hands of the police sparked protests in the first place. The other stores that close in Sacramento are Madison Avenue, Cosumnes River Boulevard and Folsom.

On Saturday, a group of police were deployed to the Arden Fair shopping center. The mall, which was slow to reopen after the coronavirus shutdown, said on its website that it would be closed over the weekend in anticipation of “potential protests in the area”.

Arden closed for one day in March 2018 when a group of students staged a protest outside the mall entrance after authorities decided not to prosecute the two Sacramento police officers who shot Stephon Clark, an unarmed black man.

As unrest surrounding the Floyd murder spread throughout the state, Governor Gavin Newsom declared a state of emergency in Los Angeles County on Saturday evening and announced that he would deploy the National Guard there. San Francisco Mayor London Breed announced a curfew starting Sunday evening, tweeting, “Now is the time to go home. “

“Destruction is the opposite of just protest. Small businesses in Sacramento have not caused anxiety to our nation. What we are seeing tonight is not what Sacramento represents. I pray that this night will end safely for peaceful protesters, our law enforcement officers and the community we love. Please, no violence or harm to anyone. “

Benjy Egel covers local restaurants and bars for The Sacramento Bee as well as the latest general news and survey projects. Originally from Sacramento, he previously covered the affairs of the Amarillo Globe-News in Texas. 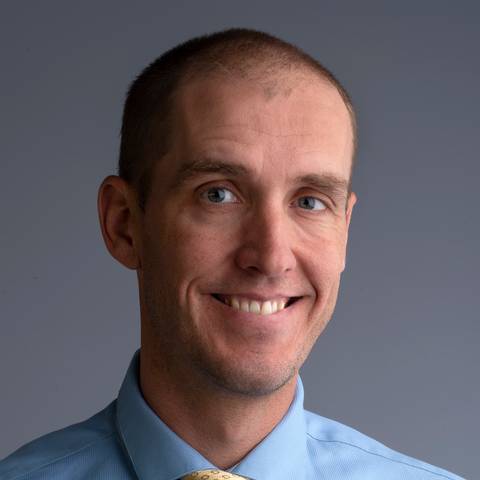 Ryan Sabalow covers the environment, general news, and business and investigation stories for Western newspapers from McClatchy. Before joining The Bee in 2015, he was a reporter for the Auburn Journal, Redding Record Searchlight and the Indianapolis Star.

COVID as a catalyst: How real estate in Ottawa changed in 2020

Couples and families are prohibited from shopping together in supermarkets

Jamie Lynn Spears and Halsey speak out on mental health