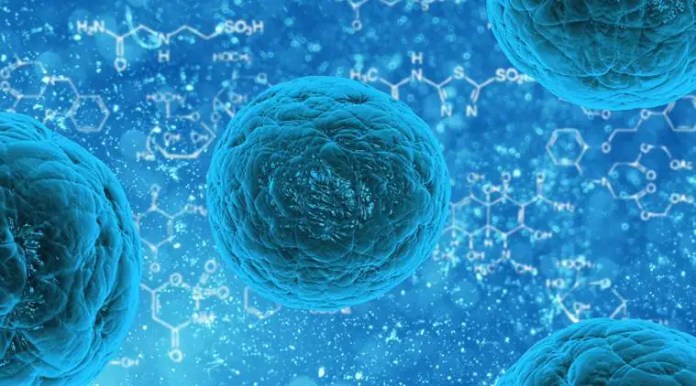 On Saturday, the FDA made the unusual decision to approve these drugs to treat hospitalized patients with coronavirus in an emergency, even though no significant clinical trial has yet been performed.
Written by Katie Thomas

Experimental stem cell therapy derived from human placentas will begin its first tests in patients with coronavirus, a biotech company in New Jersey announced on Thursday.

The treatment, developed by Celularity, has not yet been used in patients with symptoms of COVID-19, but it has caught the eye of Rudy Giuliani, President Donald Trump’s personal lawyer. Giuliani recently interviewed the company’s founder on his website and said on Twitter that the product has “real potential”, while criticizing the Food and Drug Administration for not acting faster to endorse remedies potential.

There is no proven cure for respiratory disease, but several experimental approaches, including old malaria drugs and HIV antivirals, are being tested in patients around the world.

Celularity also enthusiastically announced the news of its early-stage trial for its treatment, known as CYNK-001. In a Wednesday email to a reporter, his public relations firm described a development as “the FDA’s first approval for COVID-19 cell therapy.” The agency’s decision, however, simply gives the green light for its product to be used in a clinical trial, which is not widely prescribed to patients.

In recent weeks, the established scientific process for evaluating the safety and efficacy of a drug has been disrupted by Trump, who has repeatedly promoted the potential of two long-used malaria drugs that have mainly shown anecdotal evidence of helping patients. On Saturday, the FDA made the unusual decision to approve these drugs to treat hospitalized patients with emergency coronavirus, even though no significant clinical trial has yet been performed.

Celularity’s early trial – which will primarily assess safety, as well as an initial review of its effectiveness – will test its therapy in up to 86 symptomatic patients. They will receive infusions of cell therapy in the hope that it will prevent them from developing the most severe form of the disease, said Dr. Robert Hariri, founder and chief executive officer of Celularity, on Wednesday.

“The objective here is preventive,” said Hariri. “If the timing of giving this can prevent patients with early disease from progressing to the most serious and life-threatening form, it could be a very, very useful tool.”

The therapy involves using placental stem cells – called “natural killer” cells – that help protect the developing fetus or newborn from viruses that have infected the mother. Celularity has tested these cells in cancer patients.

Hariri said the trial, which would not include a placebo control group, will take place at university medical centers across the country. He said the company expects to see the first results about 30 to 60 days after the first patients receive their dose. If this study is successful, said Hariri, the company would move to a placebo-controlled study that would assess the drug’s effectiveness against the disease.

At least one outside expert said the approach could pose security risks. Paul Knoepfler, a stem cell researcher at the University of California at Davis, said that patients with coronaviruses can develop severe reactions where their immune system goes too far by attacking cells in their lungs, causing damaging inflammation. Other cell therapies tested in China are designed to suppress the immune response. He said that one risk with natural killer cells is that they could go the other way, exacerbating respiratory problems “by massively killing patients’ respiratory cells.”

Despite the scarce evidence, Giuliani became an early recall, interviewing Hariri on a podcast posted on his website on Saturday and praising the treatment on Twitter, saying that “this therapy has real potential.” In a tweet on Saturday, he added, “Hopefully the FDA can recognize that their cumbersome process designed to keep us safe, if not radically altered in dire need, can result in unimaginable loss of life. . “

At the same time, Twitter deleted a message from Giuliani who he said was breaking its rules. The tweet, dated March 27, made unsubstantiated allegations about the malaria drug, hydroxychloroquine, one of the treatments Trump supported.

Hariri said that he has known Giuliani for years and that the appearance on his podcast was “a friendly conversation between people who know each other and who share a common interest in this particular response to this disease. “

He said that he had no business relationship with Giuliani and that Giuliani did not represent him in any way, paid or unpaid.

“I have nothing to do with what the mayor tweets or anything else, and I don’t agree or disagree with anything,” he said.

Hariri said the company would follow the established process to test whether a drug works.

“We waited for the FDA to complete its review, which it did heroically and quickly,” he said.

“We are fortunate to have Dr. Hahn at the helm,” he tweeted.

? The Indian Express is now on Telegram. Click here to join our channel (@indianexpress) and stay up to date with the latest titles

For all the latest news on coronavirus outbreaks, download the Indian Express app.

Most students continue to learn from home

Can COVID-19 vaccines be mixed and matched?

COVID-19: Alberta’s positivity rate drops below 5% for the first time in almost 12 weeks

LA’s COVID cases are finally starting to decline, but officials say outbreak is not over yet

Ten areas in Devon with the most coronavirus cases

Stock market crash: today I would buy the best UK stocks in an ISA to get rich and take early retirement

Zachary Quinto focuses on exercise during COVID-19 pandemic as he goes shirtless for a...