What is the origin of the famous interstellar object ‘Oumuamua? How was it formed and where did it come from? An article published on April 13 in Nature Astronomy by ZHANG Yun of the National Astronomical Observatories of Chinese Academy of Sciences (NAOC) and Douglas NC Lin of the University of California at Santa Cruz, offers a first complete answer to this mystery, which involves tidal forces like those felt by the Earth’s oceans and explains all the unusual characteristics of this interstellar object.

‘Oumuamua was discovered on October 19, 2017 by the panoramic telescope and the rapid response system 1 (Pan-STARRS1) located in Hawaii. As the first known interstellar object to visit our solar system, “Oumuamua is absolutely unlike anything else in the solar system. Its dry surface, unusually elongated shape and confusing movement have even prompted some scientists to wonder it was an extraterrestrial probe.

“It’s really a mystery,” said ZHANG Yun, the study’s first author, “but some signs, such as its colors and the lack of radio, indicate that” Oumuamua is a natural object. “

“Our goal is to come up with a complete scenario, based on a well-understood physical principle, to bring together all of the enticing clues,” said Douglas Lin, co-author of the study.

It was generally assumed that the first interstellar object discovered was an icy body, like comets. Indeed, frozen objects are constantly thrown out of their host systems. They are also much more visible due to their apparent coma. However, the dry appearance of Oumuamua, similar to rocky bodies like asteroids in the solar system, indicates a different ejection scenario.

“The discovery of‘ Oumuamua implies that the population of interstellar rock objects is much larger than we previously thought. On average, each planetary system should eject a hundred billion objects in total like O Oumuamua. We have to build a very effective scenario. Said ZHANG.

“In space, certain objects sometimes approach very close to a larger one. The tidal forces of the larger can disrupt these little ones, like the things that happened to comet Shoemaker-Levy 9 when it passed near Jupiter. “

ZHANG and Lin performed high-resolution computer simulations to model the dynamics of an object flying close by a star. They discovered that the star can divide the object considerably, if it gets close enough to the star, into extremely elongated fragments, and then eject them into interstellar space.

“The elongated shape is more convincing when we considered the phase transition of the material during the stellar encounter. The long / short aspect ratio can be even greater than ten. Said ZHANG. Due to the intense stellar radiation, the surfaces of the fragments melt at a very short distance from the star and recondense at other distances. Like melting chocolate chips, surface materials stick together to maintain the elongated shape.

“Heat diffusion also consumes large quantities of volatile substances. These fragments become dry and have a surface similar to that of Oumuamua. Added ZHANG. “However, water ice buried under the surface can be preserved. These residual water ices could be activated during its passage in the solar system to cause its non-gravitational movement. “

“The tidal fragmentation scenario not only provides a means of forming a single Oumuamua, but also represents the large population of rocky interstellar objects. Said ZHANG.

Their calculations demonstrate the efficiency of stellar tides in the production of this type of object. Possible progenitors, including long-lived comets, debris disks and even planets, can be turned into Oumuamua-sized pieces during stellar encounters. The numerical density deduced from interstellar objects is consistent with the rate of occurrence of Oumuamua.

This work highlights the prolificacy of the population of Oumuamua-type interstellar objects between the stars. These objects crossing the domains of habitable zones, the prospect of a transport of matter capable of generating life by these objects cannot be excluded.

“This work provides a plausible tale that links its strange properties to the process of planet formation that is ubiquitous in the Milky Way galaxy,” said Gregory Laughlin, professor of astronomy at Yale University.

“Oumuamua is just the tip of the iceberg. We anticipate that many other interstellar visitors with similar traits will be discovered by future sightings with the upcoming Vera C. Rubin Observatory, ”said Lin.

“This is a whole new area. These interstellar objects could provide critical clues to how planetary systems form and evolve, and how life started on Earth. Said ZHANG.

“This work does a remarkable job of explaining a variety of unusual properties of‘ Oumuamua with a unique and consistent model. “Said United States Naval Academy astronomer Matthew Knight, co-team leader of the Oumuamua International Space Science Institute,” As future interstellar objects are discovered in the years coming soon, it will be very interesting to see if there are Oumuamua type properties. , this may indicate that the processes described in this study are widespread. “

Headquarters of the Chinese Academy of Sciences 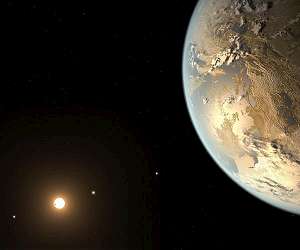 Future technologies that could image exo planets, allow faster travel to Mars, and send robots to explore the ocean worlds may have started as NASA Innovative Advanced Concepts (NIAC). The program, which invests in early-stage technological ideas from NASA, industry and academic researchers across the country, has selected 23 potentially revolutionary concepts with a total value of $ 7 million.

Protesters demonstrate against curfew in Quebec, claim it creates a “climate of fear” – Montreal

Growing fears as doctors need to prioritize some patients over others

Sarah Ferguson loves ‘Bridgerton’ and has watched her twice

India aims to vaccinate 300,000 people in a single day as it launches mass vaccination campaign

Will, Christopher Reeve’s son, appears on GMA no pants on a...

Despite what you may have heard, you should wear a mask...

Ciara skis for the first time as she and Vanessa Bryant...

Roman Reigns’ first comments after lining up with Paul Heyman